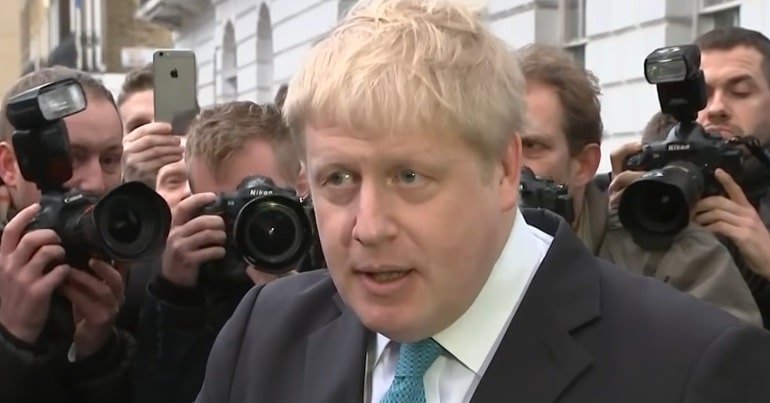 The Conservatives banned journalists from attending their hustings on who should be the next prime minister on 4 June. Parliamentary security blocked reporters from the BBC, BuzzFeed and other outlets from entering the debate room.

The Spectator‘s Katy Balls was in attendance because she was chairing the hustings. Other than that, only Conservative MPs were allowed to attend the debate. At the event, leadership contenders Boris Johnson, Sajid Javid, Rory Stewart and Andrea Leadsom faced questions on subjects like how they would take on Nigel Farage’s Brexit party.

On social media, reporters for the corporate media reacted to the lack of accountability:

These hustings, by the way, to pick our next Prime Minister — are happening in private — journalists are excluded

Why did the One Nation Tory caucus only let in one journalist (from the Spectator) to last night's leadership hustings, and make the rest wait outside? Even weirder, why do the rest of the British political allow politicians to set the terms like this? https://t.co/sOeBeiNqzB

History of barring the media

Theresa May’s administration has a history of hiding from even the establishment media. At the 2018 Conservative conference, May barred the BBC, Sky News, ITV, ITN, Channel 4 and Channel 5 from interviewing her. Channel 4 anchor Jon Snow called the behaviour “unprecedented”.

And it was even worse during the 2017 general election. Sky News political editor Beth Rigby described May’s campaign as “the most controlled” she’d ever seen.

When May visited Cornwall during the election, for example, local paper Cornwall Live reported:

Then there’s Harrow, London, where the prime minister reportedly refused to take questions from anyone other than handpicked journalists. They were allowed to ask six questions in total. And as the Guardian pointed out, even this was “rather generous by the standard of these events”.

At the time, Channel 4′s Michael Crick suggested that sections of the media didn’t actually seem too bothered as long as they got interview ratings. Crick said that:

What shocks me is reporters collaborate with May press team by agreeing to reveal their questions to them in advance… Only pre-arranged journalists get questions at May events.

May and her potential successors cannot even face the corporate media. That says a lot about the Conservative Party’s record in government. But these MPs are debating who will be the next UK prime minister. So this North Korea-level of accountability is unacceptable. We must demand a general election with a free and open debate.