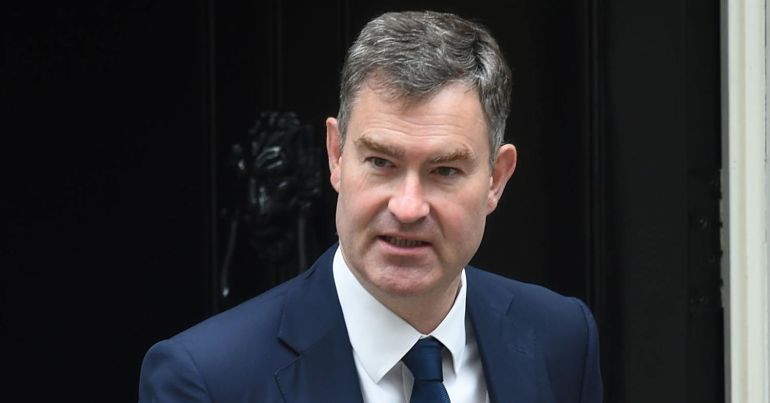 Justice Secretary David Gauke has blamed a no-confidence vote by his local party on “entryists”.

The prominent opponent of a no-deal Brexit survived the vote when local members voted two-to-one against the motion, which had the backing of pro-Brexit campaign group Leave.EU.

Mr Gauke also said he would be unable to serve in Tory leadership candidate Boris Johnson’s cabinet due to the former foreign secretary’s stance on leaving Europe on October 31 “making no-deal inevitable”.

Speaking about the vote for the first time, Mr Gauke told BBC Radio 4’s Today programme that those trying to oust him were not long-time Tories, adding “a fair number of those who joined the party in the last few months have not previously been party members”.

“Clearly there is a level of entryism but not sufficient, at least in my constituency, to cause me to lose such a vote.”

The Justice Secretary also said that if Mr Johnson insisted on the UK leaving the EU on October 31 “come hell or high water”, that made a no-deal Brexit “inevitable”.

“I personally think we should try to avoid hell or high water so I don’t think I could serve in those circumstances,” he said.

“If he is going to maintain a position that leaving on 31st October is sacrosanct then I think the reality is that is leaving with no deal.

“I think the chances of getting a deal done and the legislation through by 31st October is approximately zero.”

On Friday night, the victorious MP tweeted his thanks to members who supported him and made a plea not to allow the Tory Party to be “taken over”.

He said: “Tonight, I argued that: We should not allow the Party to be taken over by entryists.

“We should be a broad church. No deal would be immensely damaging to the UK.

“I defeated a motion of no confidence 123 to 61. I am grateful to the members of my association for their support.”

Leave.EU failed in its aim to “claim our first Cabinet scalp”, with Mr Gauke being put up for “deselection” on Friday evening.

They had tweeted: “Tomorrow we claim our first Cabinet scalp as @DavidGauke is up for deselection in South West Herts.

“With a new leader and potential election, now is the time to make the Conservative party conservative again. If we fail? The Brexit Party wipes the floor with them. Win win!”

Showing a sense of humour about the attempt, Mr Gauke retweeted the Leave.EU challenge, adding: “Not so fast there, Arron.”

Mr Hunt tweeted: “@DavidGauke is an outstanding cabinet colleague and we need him to carry on doing such a great job!”

“The Blue Wave rides on… Plenty of other petitions going in. We’re just getting started! @CCHQPress”