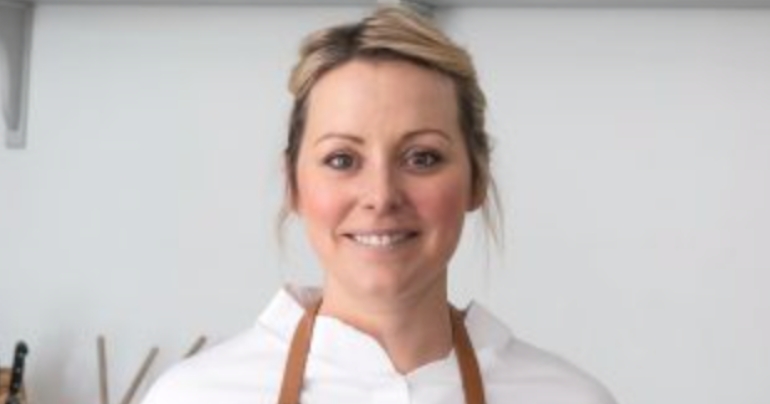 A chef from Tallaght is breaking barriers in London’s food scene with an Irish-inspired menu and a female-dominated kitchen.

Anna Haugh recently opened Myrtle in London’s Chelsea borough, her first restaurant as an owner, and said training in Irish kitchens prepped her for the tough, male-dominated culinary scene in the English capital, including working as a head chef for Gordon Ramsay, and as a judge on Hell’s Kitchen.

“I do feel that people are more open to female chefs than they used to be in London, but Dublin has always been far better in terms of welcoming female chefs,” she said.

“I still do have moments when I go to an event and people assume I’m the PR girl or with somebody, or ask for my husband.

“When I was in Dublin, I was working in (Michelin-starred) L’Ecrivain, that was almost 50/50 gender split, with lots of women in senior positions.

“When I got to London I was almost always the only girl in the kitchen – in kitchens with around 15 chefs.

“They used to say, ‘Women can’t cook like men’, there was a huge cultural difference with Dublin and London in that sense.

“London might be forward-thinking with certain aspects of the industry, but they’re a patriarchal society, Dublin is more matriarchal, it’s just different.

“Before I worked in L’Ecrivain, I interviewed for a job and didn’t get it, when I met the head chef a few months later and asked for feedback, he said, ‘Listen, I had a kitchen full of lads and we didn’t need a pretty little girl running round disrupting it’, I remember feeling so irrelevant.

“I’m sure that still happens, you don’t get rid of that mindset easily.

“We’re miles away from any type of equality of hiring, opportunities or wages.

“At the minute in Myrtle, we outnumber the men, three women and one man, which was accidental but it works.