Corbyn: Next week is ‘last chance’ to stop no-deal Brexit - The Canary 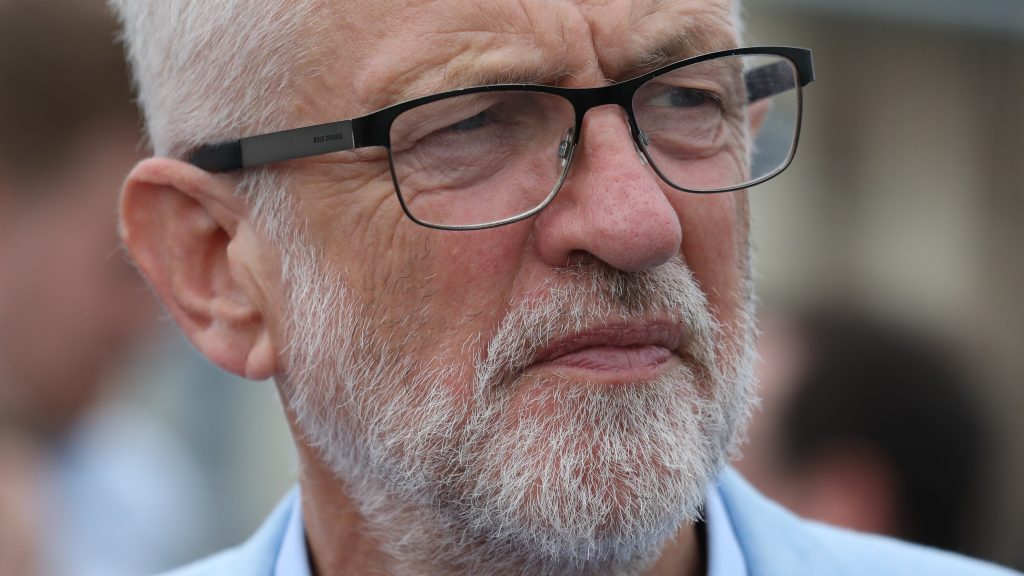 Jeremy Corbyn has said next week is the “last chance” to stop a no-deal Brexit.

The Labour leader was at the Alive and Kicking Club in Springburn, Glasgow, for an event on Saturday as part of a three-day visit to Scotland.

He was asked about comments made by Sir Keir Starmer about next week being the final opportunity to stop the UK from leaving the EU without an agreement.

Mr Corbyn added: “I’m sure he is correct because Keir has worked extremely hard as our shadow Brexit secretary.

“Yes, it is the chance and we will do absolutely everything we can to prevent a no-deal Brexit and the Prime Minister taking us into the hands of Donald Trump and a trade deal with the USA.

“That is the real agenda of the Prime Minister.

“There is a lot of work being done in preparation for next Tuesday.”

Parliament reconvenes after the summer recess on Tuesday.

Protesters are expected to flood the streets of Britain this weekend in response to the Prime Minister’s controversial plan to prorogue Parliament.

Organisers are hoping hundreds of thousands of people will take to the streets on Saturday after demonstrations began to flare up on Friday evening.

Anti-Brexit campaign group Another Europe Is Possible has planned 32 #StopTheCoup protests to take place in England, Scotland and Wales.

There is a similar demonstration taking place in Glasgow’s George Square.

Mr Corbyn also did an impression of Boris Johnson as he mocked the Prime Minister for lacking detail in his announcements.