As the Tories ‘make millions’ in Manchester, 20% of UK workers go without food - Canary 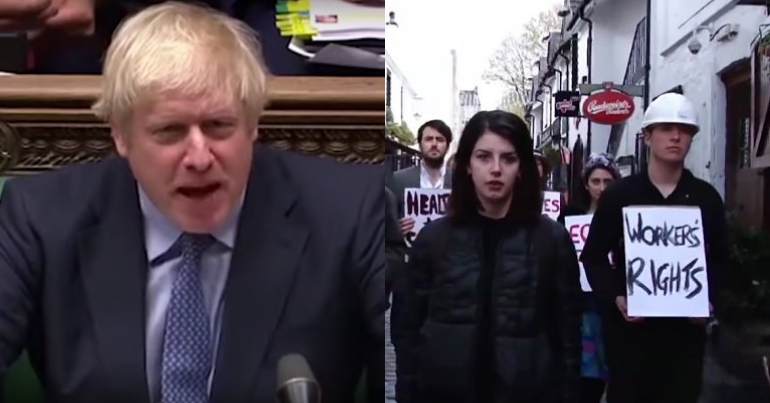 As wealthy Conservatives gather for their four-day conference in Manchester from 29 September, research shows that one in five workers has to skip meals to make ends meet. The number of people missing out on meals has increased “by more than half in two years”.

The Conservatives seem hell-bent on forcing through a no-deal Brexit. The outcome of which could inflict more misery on British people. But in the coming days, the Conservative Party is to “make millions” in Manchester, as it opens its conference to lobbyists. Meanwhile, working people go hungry and some are forced to use foodbanks.

In 2019, UN poverty expert Philip Alston warned that Conservative austerity condemns people to lives that are:

And TUC findings seem to bear that out. Because it’s not just meals that people are missing out on. The findings show:

Also, 30% of workers say they wouldn’t be able to pay an unexpected bill. And of those that could pay, 24% said they would need to either borrow or sell something to pay it.

The highest hourly rate currently stands at £8.21 for over 25s. Labour promises to introduce a real living wage of £10 per hour and to ban zero-hour contracts.

By contrast in June, millionaire prime minister Boris Johnson showed he didn’t know much about the minimum wage in the UK. Johnson claimed it was already “at or around £10 or so”. He also refused to commit to raising it.

This situation is unforgivable in a country as wealthy as the UK. And the UK is in the middle of a wealth boom despite being the fifth most unequal country in Europe. Yet, worryingly, many people on low incomes are now more vulnerable to a recession than they were in 2008. So we desperately need a government that will improve working conditions and end inequality.

The Conservatives may boast about falling unemployment rates, but this means nothing to people in low-paid, insecure jobs. Its clearly too detached from ordinary people to do anything about it. So the time for a credible alternative is long overdue.