Holocaust survivors’ powerful testimony: We are not typical – most Jews died - Canary 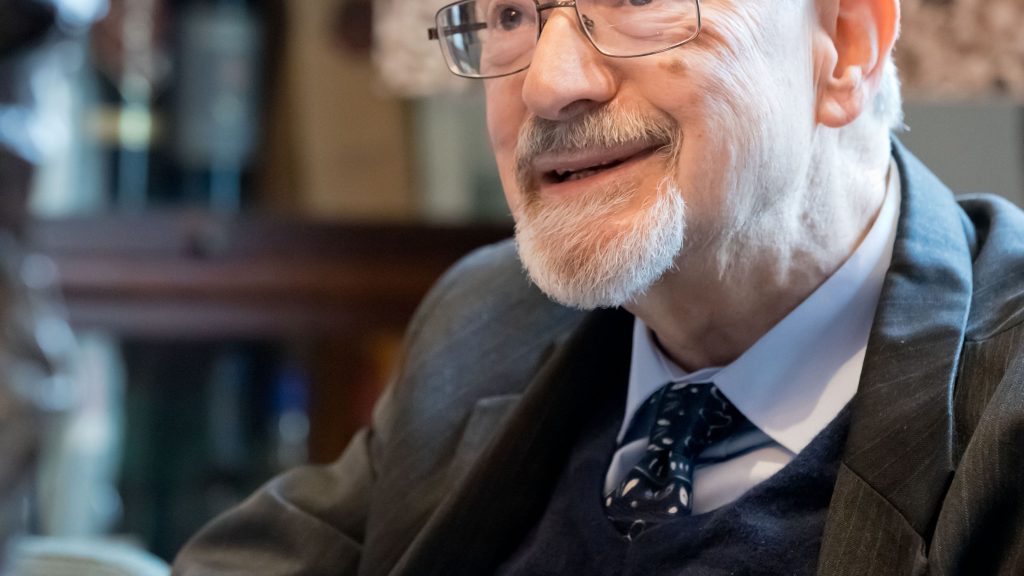 Holocaust Memorial Day is marked on 27 January. And Holocaust survivors have reflected on their memories of one of the most gruesome chapters of the 20th century, as people across the country prepare to pause and remember those killed in the genocide.

Retired medical doctor Martin Stern, 82, said his story as a Jewish boy who escaped with his life was “not typical”. Because so many were put to death at Nazi concentration camps during the Second World War.

And he said his experience of surviving the Theresienstadt camp in the German-occupied former Czechoslovakia, before coming to England as a boy, meant he remains determined to do what he can to ensure the Holocaust cannot happen again.

Dr Stern, who worked in Leicester hospitals until his retirement in 2002, told the PA news agency:

Holocaust Memorial Day is important to everybody. The fact that I’m talking as a Holocaust survivor means my story is not typical. The typical Jew died.

“When I’m talking to school kids, I talk much more about the people who saved my life than the perpetrators,” he continued. Stern recalled how, as an infant living in the same Amsterdam neighbourhood as Anne Frank in 1942, he was taken in by Cathrien and Johannes Rademaker, friends of his parents, following the death of his mother in hospital, and while his father was in hiding from the Nazis.

“They (the Rademakers) pretended I was their child,” Dr Stern said. “Their small flat didn’t have room for an actual hiding place so the way they hid me was to claim I was their son.

“But all the neighbours knew they’d suddenly acquired a four-year-old, and it wasn’t too hard to work out why. And they knew one of their neighbours was a Nazi.”

The Rademakers’ act of humanity came at a time when those accused of “protecting” Jewish people were told they would face the same fate as those routinely persecuted by the Nazis.

Dr Stern said he and his stand-in parents were arrested two years later, and Mr Rademaker was taken to the Neuengamme death camp.

“His wife got just his spectacles back,” Dr Stern said.

They must have known the risks they were taking. They did it anyway. “Those people – I can’t get my head around that, they’re amazing people.”

So touched was Dr Stern by the couple’s actions that he keeps a photo of Mrs Rademaker next to his computer.

“Being the light in the dark”

Hungarian 88-year-old Ivor Perl, who survived Auschwitz as a 12-year-old boy and now lives in north London, said: “That is so, so relevant because of the virus.

Unless there is light in the darkness, people will not be able to manage.

Face to face with a former Nazi guard

Perl, who gave evidence in the 2015 trial of Oskar Groning, a former Nazi guard known as the “bookkeeper of Auschwitz”, said he would “rather look an SS guard in the face than a (Holocaust) denier” because it was much more painful to hear somebody say it did not happen.

Recalling the day he came face to face with an ailing Groning in his accessory-to-murder trial, Perl said:

“I faced Groning and I said: ‘You know what, I had 70-odd years of sleepless nights because of you, because of what you represented. Now, seeing what you are, I feel sorry for all those years I wasted on you’. I thought to myself, that’s not the right thing, there has to be hate there. But I didn’t have it in me.

Lady Milena Grenfell-Baines said that although she did not witness the horror of the Holocaust from the confines of a concentration camp, the murder of family and friends at the hands of the Nazis makes her determined to ensure the genocide is not forgotten.

Speaking from her home in Preston, 91-year-old Lady Milena, who fled to Britain from her native Prague as a nine-year-old on Sir Nicholas Winton’s lifesaving Kindertransport scheme, said:

“I was very lucky. But I feel that the young people need to know. I think it’s always important (to reflect on the horrors of Holocaust) so that it doesn’t happen again.

We must tell our story – lest we forget.