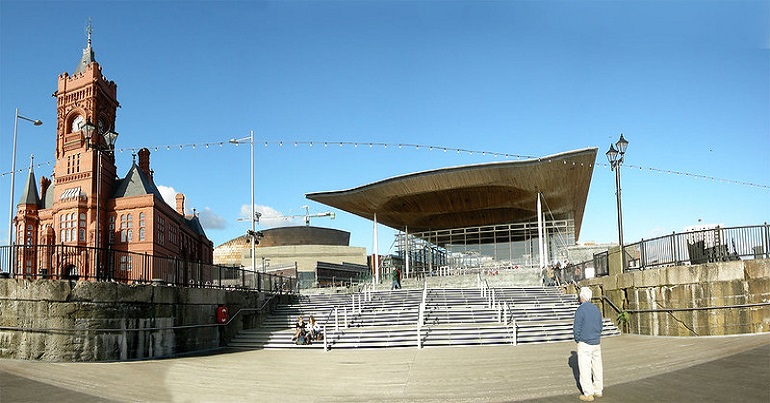 BBC Wales has confirmed that the anti-independence group Abolish The Welsh Assembly (AWA) will speak at the leaders’ debate on 29 April 2021. The group has received backlash online after its members participated in a smear campaign against the Welsh Assembly.

The announcement comes after the political party was struck off the electoral register in November 2020 after its registration lapsed. Then it successfully re-registered ahead of May’s election. And that’s not all. It’s also run by former UKIP and Tory personnel.

The political party claims on its social media profile that it has just one policy: to abolish the Welsh Assembly.

In a statement the AWA claim that the Assembly is “totally unnecessary”:

The Assembly is another expensive tier of Government which is totally unnecessary. We in Wales already have Councillors and MP’s. How many tiers of government does Wales need?

BBC Wales‘ decision to include the AWA in the leadership debate came after members campaigned for it to be included:

Biased BBC ⁦@WalesPolitics⁩ say Lib Dems with just one Welsh MP/MS and 3% in polls is a ‘Larger Party’ but @AbolishAssembly⁩ on 7% is a ‘Smaller Party’. To complain email [email protected] pic.twitter.com/CAdaSMLUr8

The BBC later informed the AWA that it would be included in the debate. In a statement the AWA leader Richard Suchorzewski said he was delighted:

Delighted to announce that @BBCWales have agreed to allow @AbolishAssembly to participate in the Leader's debate on 29th April 2021. We now have one Party participating that will reflect those who realise the @SeneddWales is both unnecessary and a waste of resources.#SaveWales

It’s not a surprise that UKIP has claimed that most AWA members are former party members considering that AWA leader Richard Suchorzewsk is a former UKIP Wales chairman.

Most of the people in the Abolish the Welsh Assembly Party are former Kippers. Ukip wants to see the Assembly abolished too and it wouldn’t make sense to stand against each other.

The Assembly has been a costly waste of money for the people of Wales. It’s achieved nothing. I’m not saying we should revert to the position before 1999 – I’d like to see real devolution, with money coming from the UK government directly to councils. I’d also like to see directly elected health boards, so the NHS would be democratically accountable to locally elected people instead of the current arrangement, where the health minister sits in an office in Cardiff.

We haven’t taken the conversation further, but one option could be a pact and another a merger. I don’t think Ukip is a tainted brand – we’ve got rid of Gerald Batten, who brought in Tommy Robinson, and another leader who struck me as a political fantasist.

AWA members have come under fire on social media for using mysogyny and non-sensical arguments to attack Welsh democracy.

This is absolutely disgusting.

In another tweet, Canning claimed that a Welsh Assembly employee’s decision to work from his home is a waste of tax payers’ money. He even went as far to use it as a reason to abolish the Welsh Assembly.

#Welsh Assembly bureaucrat to work Full Time from home in #Ulster. @fmwales is this a good use of #Taxpayers £? Sure the people of #Wales deserve better. It’s fine to .@AbolishAssembly pic.twitter.com/wOyp9nBiUv

Canning said he quit because Davies “wanted to put a stop to” the investigation into suspended Vale of Glamorgan Assembly candidate Ross England after a judge claimed he had sabotaged a rape trial.

Canning had previously tried to stand as a candidate for the Conservative party but claims he was “blackballed” and stopped from standing because of a tweet he sent in 2012.

In the tweet Canning called a woman a “slag” but later told the BBC that it was a female friends and that other candidates had done “much worse”.

Canning described himself as head of political operations at AWA in 2019. But he has since removed the title from his twitter page.

The AWA will join other major political parties in the leadership debate on BBC One on 29 April 2021. It’s set to be one of the most interesting election debates Wales has seen. While coronavirus and easing of lockdown will surely be a hot topic, the attempted dismantling of the Assembly will likely be a focus for candidates.