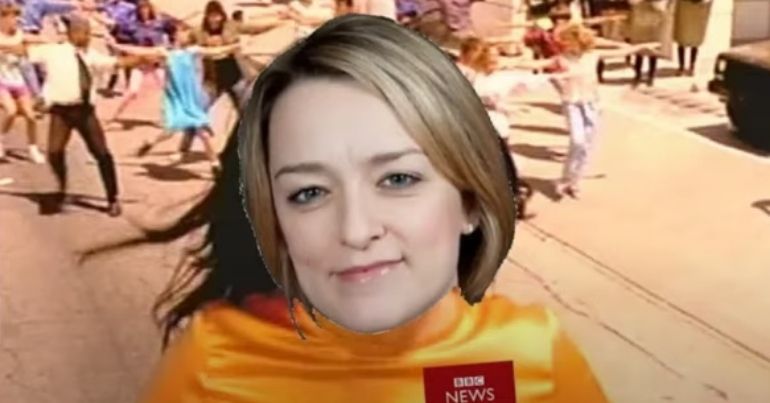 Laura Kuennsbjork has a new single out… sort of.

The video sees Kuennsbjork take a wander through town, while she ignores serious news in favour of panning lefties and sucking up to the Tory government:

Kuenssberg is, in the opinion of some, rather more generous with those in power than she is with the political left:

I’m going to put on replay several times today , thank you for putting this up, LK will be more dismayed at this than all the other tweets calling her a propagandist for the tories I love it pic.twitter.com/njk21cx6F7

TheIainDuncanSmiths are a satirical outfit whose past hits include Message in a Throttle, dedicated to courageous Bristol constabulary, and the epic Corbzy, a cover of grime artist Stormzy’s timeless sarf Larndarn banger Shut Up.

In the past, Kuennsberg has incorrectly claimed that a Labour activist hit a Tory staffer, been accused of defending controversial Tory advisor Dominic Cummings, and been accused of lying about changes in government coronavirus policy.