For evidence of institutional racism, look no further than this school in Westminster - The Canary 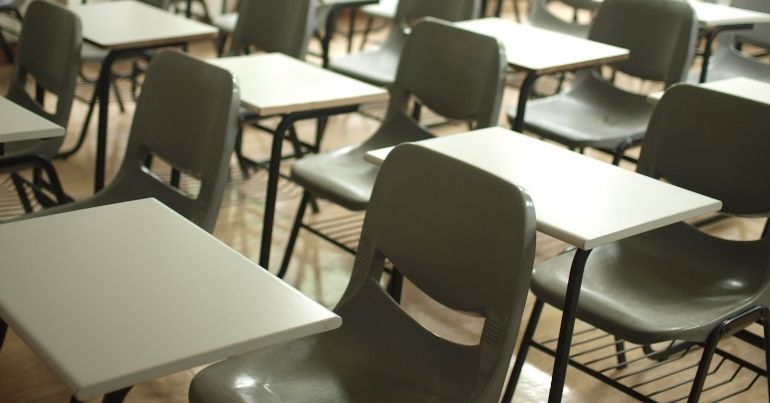 Pupils at Pimlico Academy have successfully challenged school leadership to make the secondary school more inclusive and reflective of the student body. On 31 March, students staged a protest on the school grounds in opposition to changes new headteacher Daniel Smith brought in summer 2020.

These changes included school uniform policies banning hairstyles that “block the views of others” and “colourful” hijabs. Pupils also challenged the “insensitive and inappropriate” flying of the union flag on school grounds, the erasure of Black and ethnic minority histories from the curriculum, and the lack of discourse around the Black Lives Matter movement.

Hundreds of students boycotted class to take a stand against a school environment they felt was racist, Islamophobic, sexist, transphobic, and elitist. Students circulated a statement calling on school leadership to “protect marginalised races, religions and other groups instead of target them”.

Student demands included creating an “environment where victims of sexual assault feel safe” and where pupils from Black and ethnic minority backgrounds feel included. Protestors called for discussions about Black Lives Matter, the inclusion of marginalised histories, and the removal of the union flag. They also demanded changes to the school’s “discriminatory” uniform policy, and “a public apology to teachers, parents and students”. Their final message to school leadership was:

You need to understand that you are running a school – not a business.

One student shared a video of Smith attempting to run away from a student:

The #pimlicoacademy head is inside the building. Shame on him!!!!! pic.twitter.com/qCMxCM1XlT

Commentators took to Twitter to highlight the irony that the student protest coincided with the release of the government’s Commission on Race and Ethnic Disparities report. Led by Tony Sewell, the report claims that it “found no evidence of systemic or institutional racism”. Southwark Notes said:

Pimlico Academy pupils on strike against their racist academy school on the same day the Government announces there is no institutional racism in the UK is quite a thing! Love n solidarity to these fantastic young people. Struggle is a school etc ✊🏽✊🏾✊🏿✊ pic.twitter.com/tQwCjvsaS2

The school is located 9mins from Westminster where the gov’t has released a report to say institutional racism don’t exist. Same gov’t making protests illegal
pic.twitter.com/8z1HcDNteV

The Sewell Report set out that the UK “should be regarded as a model for other White-majority countries”. It states this despite evidence that school exclusion rates are five times higher for Black Caribbean children and nine times higher for Roma children in some areas. Further, Black and Brown children make up over half of young people in custody today, while making up just 14% of the population. And more than 8 out of 10 children in custody have been excluded from school.

Meanwhile, high profile cases in which school leaders have excluded pupils of colour for their natural hair, including Ruby Williams and Chikayzea Flanders, only give us a glimpse at the extent of race-based hair discrimination in schools. At the Runnymede Trust’s event discussing the failure of the report to address structural and institutional racism in the UK, Operation Black Vote director Simon Woolley highlighted:

“Unless our children have their exam papers marked blindly, they do worse – considerably worse. And even when they get the results, when they go for the jobs, they’ve got to apply 8x more, just to get an interview…these factors are systemic” – Lord Woolley on the #SewellReport pic.twitter.com/6nwhXZ6NLu

At the heart of Britain’s culture war

Student organiser Ayah took to Twitter to celebrate the news that school leadership has conceded to student demands:

THEY AGREED TO OUR DEMANDS!!! #pimlicoacademy ✊✊🎉🎉

Indeed, Smith agreed that school leadership will conduct a review of flying the union flag after Easter, and will not fly it in the meantime. He confirmed that leadership will review the curriculum and has already redrafted school uniform policies. Finally, he issued a public apology [see letter attached].

The Westminster academy – part of Whitehall governance-led lord Nash’s Future Academies – is now at the heart of Britain’s culture war. Nigel Farage has taken issue with students ‘attacking the Union Flag’. Meanwhile, a Tory MP labelled students a “woke mob”. Another said that students “have completely misunderstood what [the union flag] should stand for”. In spite of this, Ayah confirmed that students will not back down:

The students of Pimlico Academy will never be divided. We will protest again if the school does not adhere to our demands.

The government’s stance reflects that we can’t trust it to reshape and restructure racist institutions. Pimlico Academy students have made one thing clear. We must seek transformation and challenge injustice through grassroots movements led by those affected.