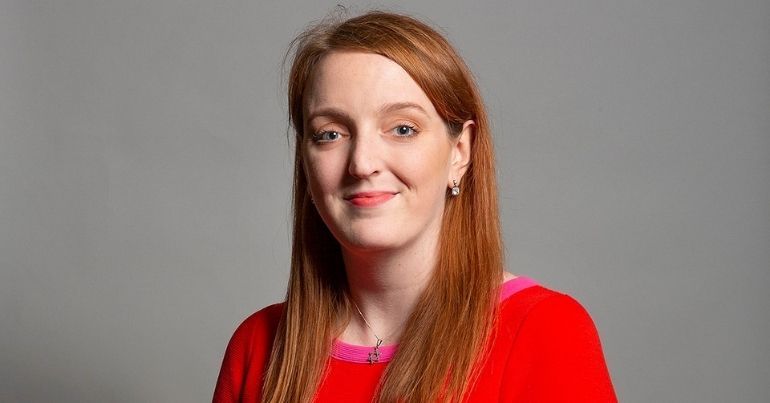 Labour MP for Warrington North and shadow women and equalities minister Charlotte Nichols has come under fire. People are criticising her for distributing local election leaflets which include anti-Traveller racist propaganda.

Nichols apologised following backlash online. But her distribution of clearly racist materials reflects just how normalised anti-Gypsy, Roma, and Traveller (GRT) racism is in the UK.

Incursion is it. Very classy.

In response to criticism online, Nichols published a statement on 2 April. She apologised and said that she “wasn’t aware of the meaning of ‘incursion’ or its negative connotation”:

Hey, thanks for your message- I genuinely wasn't aware of the meaning of "incursion" or its negative connotation until this morning. I've flagged it with the Labour Group so we can sort new materials, and sincerely apologise for the hurt caused. pic.twitter.com/ZLEfP73f2c

However, Nichols was met with further criticism on Twitter. One user said:

The person who made the leaflet knew what "Dealing with traveller incursion" meant and the person in quality control who approved it knew what it meant.

English is not my mums first language and she knows what it means but apparently the Shadow Equality Minister didn't know. pic.twitter.com/0IZvarj9ac

Highlighting “how normalised anti-Traveller racism is”, another tweeted:

This is a poignant case study on how normalised anti-traveller racism is in this country and across Europe. Of course the words incursion' and 'dealing with' are violent, but the fact that a marginalised community can be used to win points with the community is the issue here https://t.co/MhIeWjZNyq

The issue is if we accept a half baked apology that doesn't engage with the whole issue and just the word incursion others will follow that lead. It's not an acceptable standard.

Nichols released a second statement apologising “unreservedly”. And she confirmed that “the leaflet has been withdrawn” and “will be destroyed”:

The Tory government’s proposed Police, Crime, Sentencing and Courts Bill – which Nichols has voted against – will criminalise traveller communities if passed. When the government announced its draconian bill on 9 March, Liberty director Gracie Bradley spoke out against it, saying:

If enacted, these proposals would expose already marginalised communities to profiling and disproportionate police powers through the expansion of stop and search, and Gypsy, Roma and Traveller communities may face increased police enforcement through the criminalisation of trespass.

On 17 March, GRT Socialists shared a long thread. It set out all the ways in which the authoritarian bill would target these communities:

It allows the government to evict people from even their own land if there isn't planning consent in a planning system that already discriminates against us heavily. Think Dale Farm on a mass scale.

A rage of organisations, including Travellers Against Fascism, Sisters Uncut, and Black Lives Matter UK, have formed a broad-based coalition to challenge the discriminatory bill.

Staying true to their 2019 election campaign, which was propelled by racist anti-Traveller rhetoric, the Tories have reinforced a hostile environment for GRT communities. We have seen a fierce clampdown on individuals from these groups – from police denying young members of GRT communities access to transport during a storm to violent attempts to evict community members. And government statistics reflect this hostility.

GRT children are overrepresented in school exclusions and the youth justice system. In 2021, Friends, Families and Travellers released data demonstrating a shortage of pitches on Traveller sites. According to its January report, while over 1,696 families are on waiting lists for pitches, “there are just 59 permanent and 42 transit pitches available nationwide”. Meanwhile, claims made in the government’s Commission on Race and Ethnic Disparities report work to further silence, demonise, and problematise GRT communities. These communities need government support, not suppression.

Labour’s troubling local election leaflets reflect the extent to which anti-GRT racism is normalised throughout UK society. We must stand firm against this, and fight to root it out. This begins with taking action against the Tories’ discriminatory bill and calling out all forms of racist rhetoric.