A massive coalition has formed to #KillTheBill - The Canary

The Tories’ Police, Crime, Sentencing and Courts Bill has been in the public eye for weeks. Also known as the policing bill, it has caused protests up and down the UK. And now, a coalition of groups have come together and released a statement to try to #KillTheBill once and for all. And The Canary is proud to be a signatory.

A coalition to #KillTheBill

The Kill the Bill Coalition is made up of dozens of organisations who’ve come together to collectively oppose the bill. On Wednesday 31 March, the group released a statement.

It says that the bill:

is a dangerous and unnecessary piece of legislation that endangers the rights and safety of every single one of us… We stand united and reject attempts to divide our movement into “good” and “bad” protestors.

We must be clear: there is no version of this Bill that is tolerable.

The statement calls on more groups to join the coalition to #KillTheBill.

It also outlines why the bill is so dangerous. The statement says it:

A diverse range of groups have joined the coalition. These include Black Lives Matter UK, Disabled People Against Cuts (DPAC), Jewdas, Travellers Against Fascism, United Voices of the World Union (UVW), and Sisters Uncut. The Canary has also signed up to the coalition to #KillTheBill: 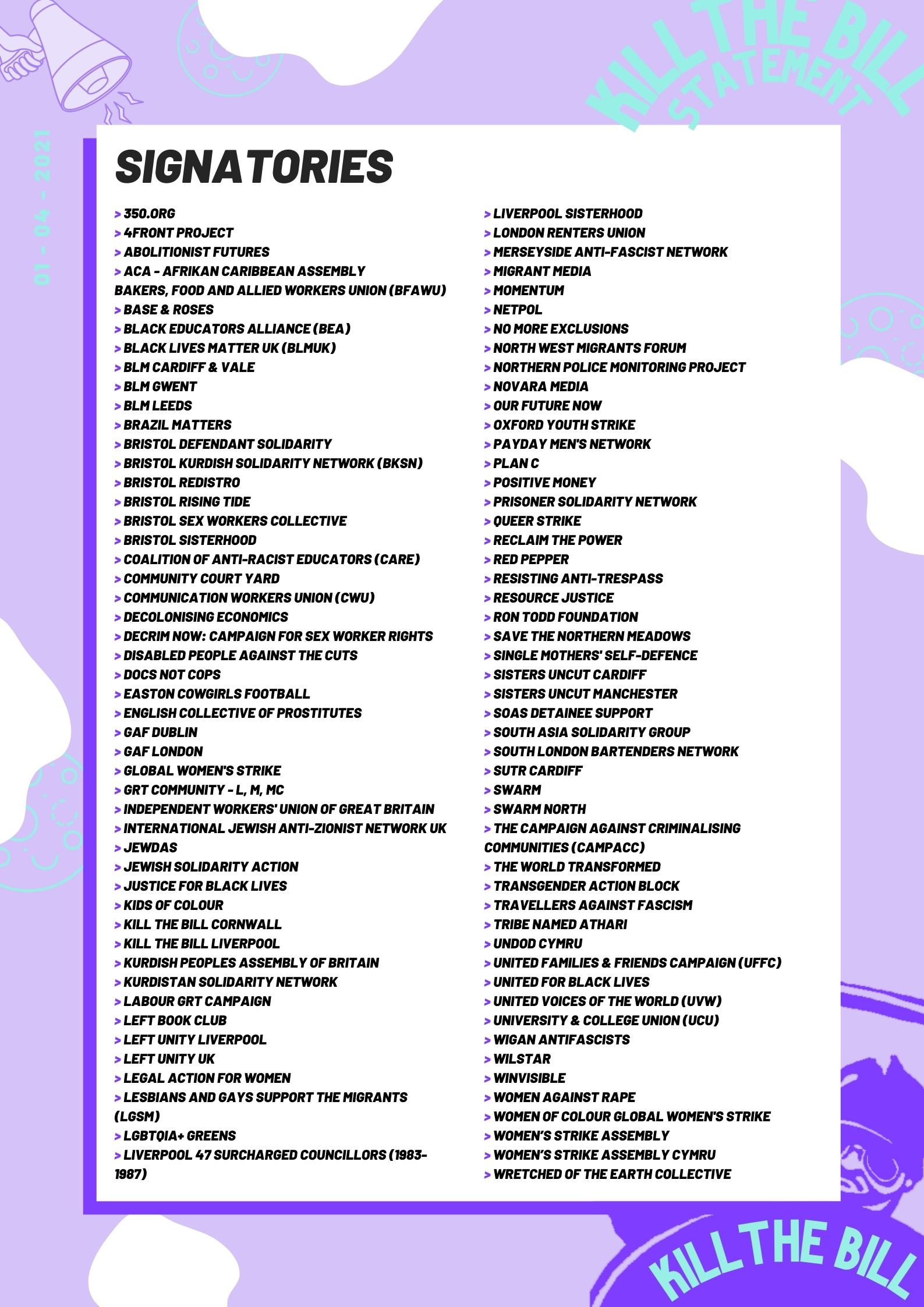 Some of the groups have already tweeted about it:

It is only through a united mass movement that we will be able to #KillTheBill.

#KillTheBill statement.
To add your organisation's name go to https://t.co/L4YeMyT4gq
Since the video below was produced the CWU Union has signed! pic.twitter.com/QBKQcSFf2b

We must kill the bill

The statement concludes by saying:

Just as many before us – in history as recent as the anti Poll Tax movement – we know that victories are won in the streets, in our communities and workplaces. People power has already got this bill delayed. It can also stop it being enforced.

It’s telling that such a broad range of groups have come together to fight back. The coalition shows the strength of feeling across society against the bill. Now, we all must continue opposing the bill. Moreover, as the coalition says, we must do this using “all the tools at our disposal”. So, we must unite and kill the bill, once and for all. 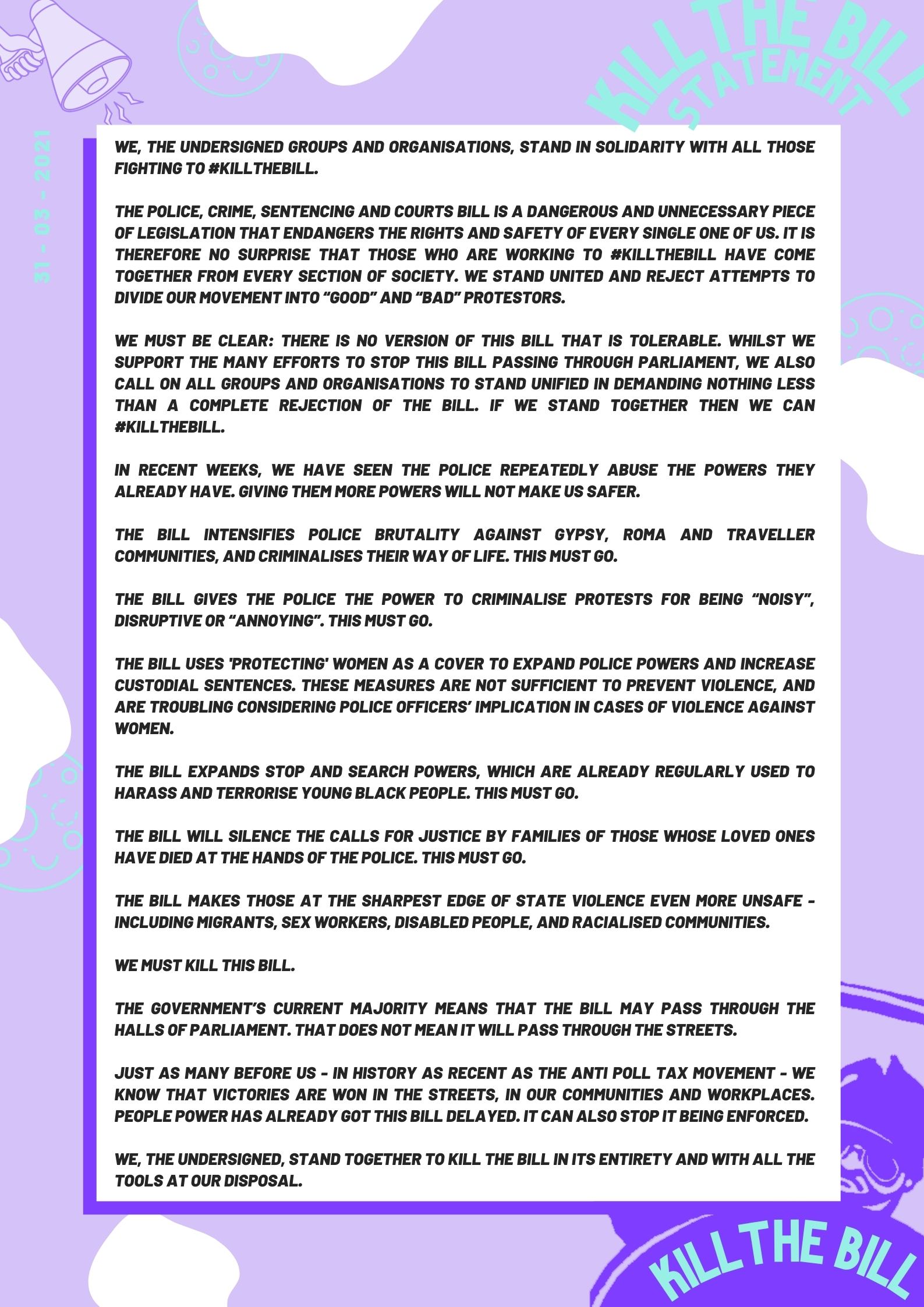