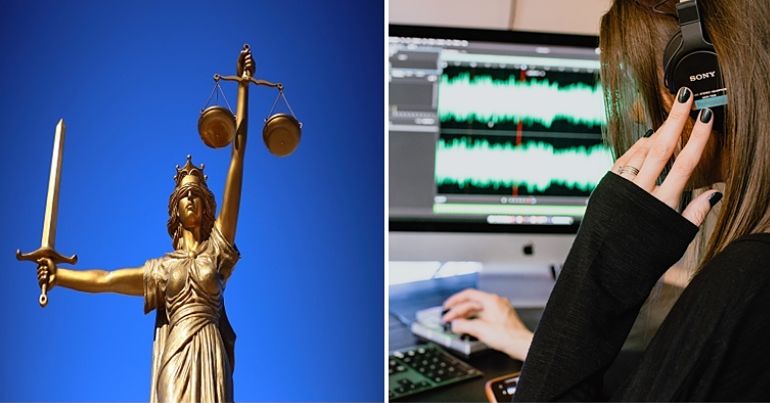 On Thursday 25 March, there was an oral hearing at Laganside Crown Court, Belfast in the long-running trial of Colin Duffy, Henry Fitzsimons, and Alex McCrory. And as The Canary previously reported, the men’s defence raises serious questions about the prosecution’s evidence against them.

In particular, it questions the experts’ analysis of alleged covert audio recording and the role of MI5. In the defence’s oral submission on 25 March, it reiterated these questions. This trial has been running for over two years.

On 5 December 2013, there was an attack on a PSNI convoy in north Belfast. Duffy, Fitzsimons, and McCrory were remanded in custody in December 2013.

The men were allegedly recorded and videoed by MI5 in a park in Lurgan discussing the attack the following day. Voice experts professor Peter French and Dr Christin Kirchhubel gave evidence in court about this alleged recording. Kirchhubel had once worked for French. They said the alleged undercover MI5 recordings of the three men supported the claim that they’re the suspects in the attack on police.

The defence dismissed the prosecution’s apparent claim that evidence needs only to be “relevant” to be “admissible” in court, claiming it must also be “prima facie authentic” to be admissible. This is why, according to the defence:

the prosecution submissions on this issue are really…misconceived. Because they suggest that the only test is relevance.

And the defence questioned whether the prosecution had properly proven the authenticity of the tape recordings before the court. So on that basis, these recordings should be inadmissible.

The defence then turned to the evidence of MI5 technical operative PIN 9281. It said it didn’t have access to the relevant material to properly challenge this operative’s evidence. It also said it couldn’t fully accept his evidence because:

We don’t know what happened. We have not made positive allegations against any of these witnesses as to what took place because we simply don’t know. And cannot properly say. But we do not accept at face value, what’s being suggested to the court as the account of what happened. Because it is so obviously wrong in different respects and contradictory, self contradictory…including in particular in relation to PIN 9281

The defence also asserted that MI5 deliberately destroyed all the data including the metadata, stating:

there is a vacuum in the evidence

there’s nothing conventional about this case

As The Canary previously reported, the defence suggested French and Kirchhubel were influenced by cognitive bias. And on 25 March, the defence pointed out that a draft transcript provided by the police influenced their analysis. This is because the identities of the suspected speakers were on that transcript. In addition to receiving this transcript, the defence claimed French said he “was given a steer”.

It said French and his colleagues should have told the police not to provide this transcript. The defence added that while there are steps to mitigate the risk of cognitive bias, Kirchhubel didn’t take those steps. It said French admitted he wouldn’t conduct the process this way again.

When will this all end?

The judge said he would aim to give his ruling in the week beginning 19 April.