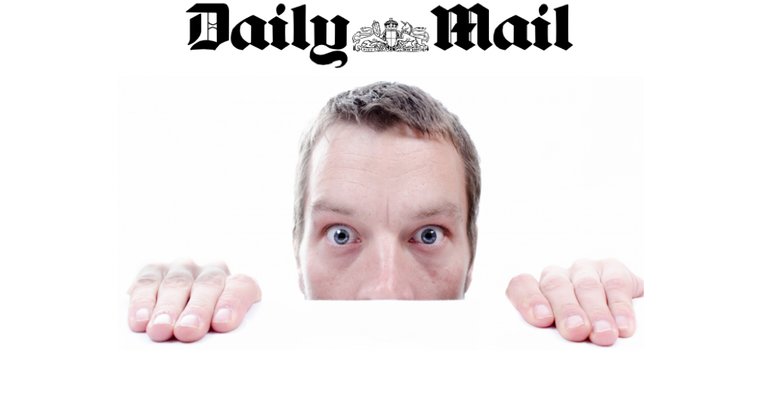 The Daily Mail‘s front page on 31 March was about a government report into racism. The media has widely reported that the Commission on Race and Ethnic Disparities report found no evidence of institutional racism in the UK. BBC News noted that:

The UK “no longer” has a system rigged against people from ethnic minorities, a review set up by No 10 says.

It also said the report claimed:

the UK is not yet a “post-racial country” – but its success in removing race-based disparity in education and, to a lesser extent, the economy, “should be regarded as a model for other white-majority countries”.

A foreword to the report by chairman Tony Sewell, an education consultant and ex-charity boss, said: “We no longer see a Britain where the system is deliberately rigged against ethnic minorities.”

So, enter the Daily Mail to give its opinion on the report. Like we all needed that.

The Daily Mail says we’re not racist. So it must be true.

Racist prime minister of racist government conducts a review that finds no institutional racism, and then reported on and lauded by racist newspaper.

Maybe it’s just me, but it seems a bit convenient! https://t.co/iOqaN72s3l

Someone pointed out on Twitter that the Daily Mail has a long history of racist and prejudiced front pages:

Gaslighting on a national scale… it's honestly enough to drive you mad https://t.co/LeVPk1EuWw

No-one denies and no-one is saying racism doesn’t exist. We found anecdotal evidence of this. However, evidence of actual institutional racism? No, that wasn’t there, we didn’t find that.

But one group representing Black people has pulled the report apart.

There have been several government reports into racism which have yet to be implemented. Those reports exposed the fact that race discrimination is real, obviously black communities did not need the reports to know that as we live with structural and every day racism every day.

But now here is the report of the commission making another set of recommendations but ‘telling us’ that actually racism doesn’t really exist and effectively it’s all in our minds and we are holding onto the past.

Holbourne also took issue with the tone of the report:

This commission finds that the big challenge of our age is not overt racial prejudice, it is building on and advancing the progress won by the struggles of the past 50 years. This requires us to take a broader, dispassionate look at what has been holding some people back. We therefore cannot accept the accusatory tone of much of the current rhetoric on race, and the pessimism about what has been and what more can be achieved.

If we are to look back over 50 years we will see that gains fought for by our parents generation have been stripped away in recent decades, we have endured over 10 years of austerity which amplified that existing racism and now we are in a pandemic which has exacerbated existing discrimination and inequality included that experienced by racialised people. It seems to be suggesting that racism is all in our heads and if we are held back its our own fault and thinking.

‘Accusatory tone’?! Are we expected to speak positively about our lived experience of racism. Are they suggesting we brought racism on ourselves?

Did the Windrush generation facing deportation and destitution inflict the injustice they faced on themselves?

This is what is seems to suggest. It would be an understatement to call the report disappointing but we were never expecting it to deal with structural racism.

An “even more hostile environment”

As a trade union representative and community activist I represent people every day in individual and collective cases where unequal pay, barriers to promotion and progression, discrimination in policing and the judicial system, in the labour market, racist harassment and bullying at work, the impacts of cuts and now Covid, hate crime and abuse, deaths at the hands of the state and much more and their lived experience of direct and structural racism is real.

To try and disregard that and suggest that Black Lives Matter protestors in the UK were only responding to the horrific murder of George Floyd and not all the things above happening here in the UK as well is shocking.

It creates an even more hostile environment for anyone facing racism .

The Daily Mail parroting a flawed report into racism sums up the UK. That is, racists trying to obscure the fact that the country is still institutionally and societally racist. No amount of propaganda from right-wing tabloids and biased and quite frankly insulting reports will convince anyone otherwise; not least the people who are still on the receiving end of Britain’s institutional white supremacy.