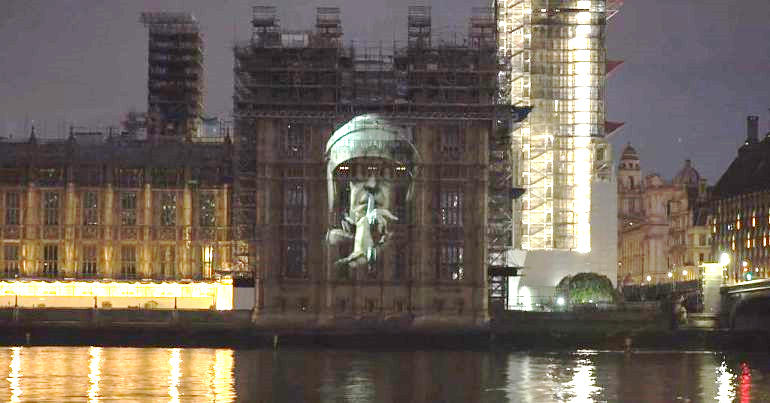 This article was updated on 7 April at 11:50 to remove the metadata information from the article as it was brought to our attention that the data didn’t accurately identify the author of the document.

An internal police briefing leaked online provides a snapshot into the workings of a new intelligence unit. The role of this unit is to spy on protesters across the UK. It’s a division of the National Police Coordination Centre (NPoCC). And its work appears to be very similar to that of an earlier unit, the officers of which were subsequently dubbed ‘spycops’.

The briefing document states that the author is “NPoCC Strategic Intelligence & Briefing (SIB)”.

And the document prefaces that: “This report is solely for the use of approved named individuals on NPoCC’s audited distribution list”.

The bulk of the document refers to the policing of protests over the weekend of 13/14 June 2020. These were Black Lives Matter (BLM) protests.

For example, the briefing for the London protests of 13 June listed the following:

The document similarly listed more protests that were expected over that weekend.

In the aftermath, the Metropolitan Police Service (MPS) posted images of persons wanted in connection with alleged violence – many of these were of Black and Brown men. However, The Canary reported at the time on how the source of the violence was not BLM protesters but the far-right.

But there’s another dimension that requires attention.

According to Netpol, which seeks to “monitor public order, protest and street policing,” NPoCC-SIB should be seen as a new ‘spycops‘ unit. Netpol’s comments came after the publication of a March 2021 report by HM Inspectorate of Constabulary and Fire & Rescue Services (HMICFRS) that stated:

Since the late 1990s, the police have made various arrangements for managing protest-related intelligence nationally. In recent years, this has fallen under the remit of Counter Terrorism Policing (CTP).

The NPoCC’s strategic intelligence and briefing team (NPoCC SIB) was created in April 2020. Its remit is to manage intelligence related to low-level aggravated activists and protests that have the potential to cause disorder or significant disruption on a national or cross-regional scale. It is also responsible for giving intelligence and assessments to police forces.

Netpol argues that the NPoCC-SIB is essentially:

Kennedy worked for the National Public Order Intelligence Unit over many years as an undercover operative. As The Canary previously reported, HMICFRS revealed:

that 3,466 undercover operations took place in England and Wales between October 2009 and September 2013 alone. These operations were carried out by the National Public Order Intelligence Unit (NPOIU) – the successor to the SDS [Special Demonstration Squad]. It also found that by 2014 a reported 1,229 officers in England and Wales were trained as UCOs [undercover officers].

Further, the Guardian described the NPOIU as “essentially a giant database of protest groups and protesters in the country”. Its purpose is to:

gather, assess, analyse and disseminate intelligence and information relating to criminal activities in the United Kingdom where there is a threat of crime or to public order which arises from domestic extremism or protest activity

It appears that job ads for the NPoCC-SIB back up Netpol’s claim. One such ad by the Met, with an application deadline of 27 October 2020, stated:

Our core responsibilities are within public order policing – to develop assessments, event planning and the review of security in line with policing’s core duties to prevent and detect crime, keep the peace and to protect life and property.

It described the role as involving:

collating, summarising and interpreting a range of overt and covert information sources to deliver valuable, insightful research to inform the threat, risk and harm picture across the UK.

“Covert information sources” is more commonly referred to as “covert human intelligence sources” (CHIS). In other words, persons – including undercover officers – who spy upon or infiltrate police targets. Given the deadline for applications, it’s assumed the ad was published in the same or previous month that the bill legalising CHIS was going through the second reading stage in parliament (it’s now been enacted).

According to the College of Policing, CHIS can include: ‘victims, witnesses, suspects, colleagues such as local and field intelligence officers, community sources including community and race advisers, local councillors, religious leaders and members of the community’.

The Guardian, Undercover Research, and The Canary have been pivotal over the last few years in exposing the work of ‘spycops’. In particular, the fake and in some cases real identities of the undercover officers (UCOs) involved. Some UCOs formed long-term sexual relationships with women activists. At least thirty women were exploited in this way.

Kennedy was one of the UCOs who exploited women: with ‘Lisa Jones’ over six years; with Kate (‘Lily’) over two years; with ‘Naomi’; and with Sarah Hampton.

This video shows ‘Lisa’ and Kate explaining what happened:

Recently the UK has seen protests on the streets against the Police, Crime, Sentencing and Courts Bill that’s going through parliament. On 27 March, The Canary published an article on the March 2021 HMICFRS report. Controversially, the report recommended the banning of public assemblies under certain circumstances.

It added that intelligence gathering was already being used to target protests. And it specifically named BLM and Extinction Rebellion:

intelligence managers from the forces we inspected gave some positive feedback on the NPoCC SIB’s work so far. We heard from several officers that it had provided good-quality and useful intelligence in relation to protest activity, including from Black Lives Matter and Extinction Rebellion. One intelligence manager told us that, during the Black Lives Matter protests that took place throughout the country in summer 2020, the NPoCC SIB held national telephone conferences with forces to report on events and share information.

Clearly that last sentence refers to the NPoCC-SIB’s briefing document.

However, this isn’t just about the erosion of liberties. It’s a reaffirmation of the class war by the state and its agents.

Featured image via Nick Beard, Courtesy of Democracia and a/political