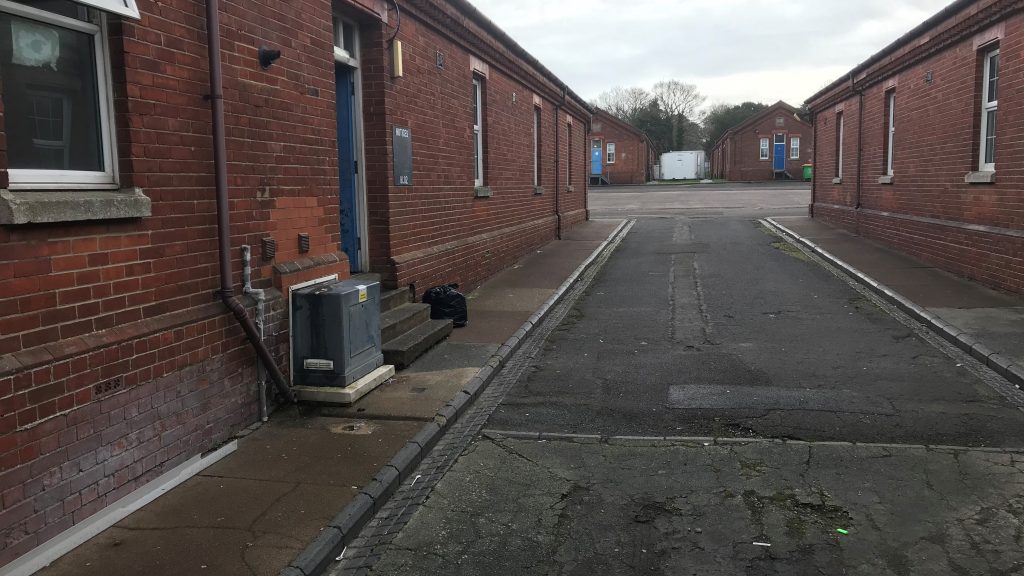 Refugees are being moved back into Napier Barracks despite enduring concerns over conditions and coronavirus.

One resident who arrived last Friday said the military site in Kent is “like prison”, despite claims from the Home Office that improvements have been made.

More people are expected to arrive on Tuesday, the PA news agency understands.

The barracks in Folkestone has been dogged by allegations of poor conditions and was hit by a major outbreak of Covid-19.

Nearly 200 cases of coronavirus were detected, leading to asylum seekers being moved off the site to help stem the spread.

Last month, inspectors said people at high risk of self-harm had been found in a “decrepit” so-called isolation block which was “unfit for habitation”.

The Home Office said the Covid-19 outbreak has been declared over. A spokesperson said: “While pressure on the asylum system remains, we will continue to make use of Napier Barracks. Asylum seekers are staying in safe, suitable, Covid-compliant conditions, where they receive three nutritious meals a day.”

On Friday, around 50 people are believed to have been returned to Napier Barracks despite continued calls from charities to shut it down.

One resident who arrived on Friday told PA there are 15 people in his dormitory, leading to concerns over social distancing.

“They are planning to bring more people,” he added.

An ambulance had to be called on Friday after one resident expressed suicidal ideation, according to refugee charity Care4Calais.

The charity also said that at least one “age disputed minor” was transferred into the barracks.

Care4Calais founder Clare Moseley said: “It’s terrible to see people moving back into Napier Barracks given all the traumatising effects we have seen it have on vulnerable people.

“When our friends are notified they will be going there, they are shocked and afraid.

“Putting them through this unnecessary stress and fear is wanton cruelty.

“Small improvements may have been made but it is still an Army barracks and this induces fear in those fleeing conflict; people are still in shared dormitories which cannot be Covid safe; they are still cut off from communities that can help them.

“Our volunteers are there to welcome them and, as before, we will do all we can to help.”