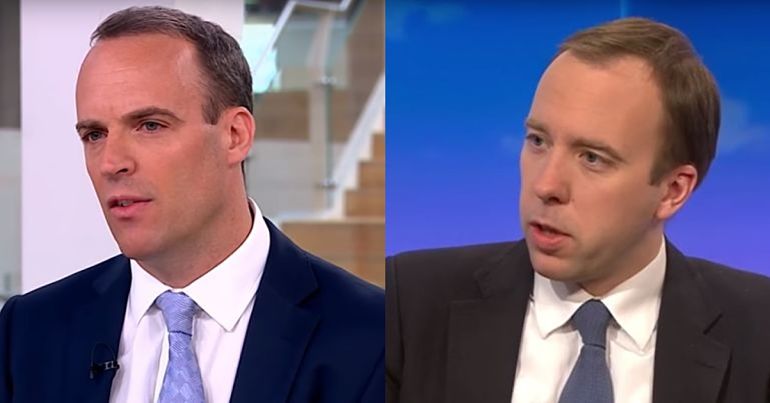 A sinister organisation has deeply worrying links with some of the government’s new cabinet ministers.

The organisation in question is a free-market think-tank – the Institute of Economic Affairs (IEA). openDemocracy describes how:

The IEA is one of the UK’s most influential think tanks. Its representatives regularly appear on the media, advocating everything from privatising healthcare to opposing minimum pricing on alcohol.

Yet despite its high-profile status, the IEA is extremely secretive about who funds it. The website Who Funds You? awarded it an E rating for transparency, which is the lowest possible mark.

On 9 July, Theresa May appointed Dominic Raab as the UK’s new Brexit secretary. openDemocracy provided a detailed account of Raab’s history with the IEA, including that:

Raab is a serious Brexiteer. He has consistently argued that Britain needs to renegotiate its relationship with the EU “to remove some of the obstacles to British business”. This stance is remarkably similar to the IEA’s:

But our #Brexit unit say no-deal would put the UK in the same position as the US and China, which both trade extensively with the EU under WTO terms https://t.co/5fTKMgcuys

A ‘no deal’ scenario, in which the UK simply leaves the Single Market and Customs Union in 2019, does not have to be the ‘catastrophe’ that many fear.

May has previously threatened the EU that a no-deal scenario could lead to Britain turning itself into a corporate tax haven. With Raab at the helm and the IEA whispering in his ear, this terrifying idea could once again become reality.

Matt Hancock and the NHS

The Mirror has reported, meanwhile, that new health secretary Matt Hancock has received £32,000 in donations from the chairman of the IEA since 2010.

The IEA’s views on the future of the NHS are not in any doubt. Below is a tweet from its head of health and welfare:

You say "abolish the NHS & privatise healthcare" as if it were a bad thing. https://t.co/U5rwUg05Hv

Another high-profile IEA spokesperson, Kate Andrews, was recently on Newsnight. She argued that:

It’s time to overhaul the NHS and replace it with a system fit for 2018.

The picture becomes more worrying when we consider that the IEA receives funding from across the pond through the American Friends of the IEA.

As Brexit negotiations have worsened, many have already been worried that May would be willing to sell off sizeable chunks of the NHS to get a good trade deal with the US. And now, Hancock sits at the helm.

Chaos is a ladder

Only a crisis – actual or perceived – produces real change. When that crisis occurs, the actions that are taken depend on the ideas that are lying around. That, I believe, is our basic function: to develop alternatives to existing policies, to keep them alive and available until the politically impossible becomes the politically inevitable.

Brexit negotiations are nearing crisis point, to the extent that “the politically impossible” may soon become the “politically inevitable”.

So we should be extremely worried that the government and the IEA are currently so in tune with one another.