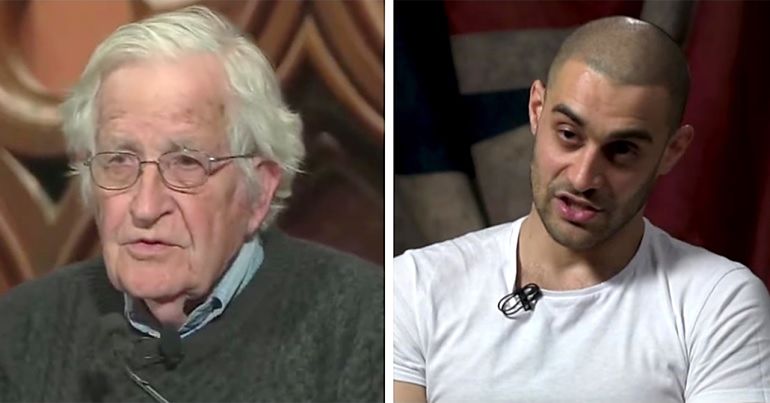 Rapper and activist Lowkey released a preview of an interview with Noam Chomsky on 10 July. In it, the hip-hop artist asked for Chomsky’s view on the media’s assertion that Jeremy Corbyn has a “problem with antisemitism”.

It’s a pertinent question in a week where the BBC in particular has turbo-charged this narrative. But the renowned Jewish intellectual was having none of it. He said the accusations against the Labour leader lack “any credibility” and amount to “defamatory charges” that have more to do with his criticism of Israel than antisemitism.

And a recent hit piece published in the Independent proved his point perfectly.

In the interview, Lowkey asked Chomsky:

Noam, you have said before that if you could you would vote for Jeremy Corbyn. But if you were to believe the mainstream media in this country, he has a problem with antisemitism. How do you read that?

Well, I’ve looked at those charges. I don’t think they have any credibility. Undoubtedly there’s a degree of antisemitism in the Labour Party, pretty much like the rest of the population, nothing beyond that.

Any antisemitism is, of course, too much. But Labour asserts that disciplinary cases on antisemitism among members since September 2015 relate to only 0.06% of the party’s membership.

Chomsky then noted that, under the previous leadership, Labour was in “strong support” of Israel. He says Corbyn is, however, different. Chomsky explained:

[Corbyn] takes a position which is critical of Israeli crimes, of Israeli human rights violations… this is being used as a basis for defamatory charges in my view.

You look anywhere, yeah you’re going to find bits and pieces of antisemitism and racism and misogyny… but I don’t think there’s any serious basis for this.

Almost as if on cue, an opinion piece appeared in the Independent on 11 July. It pulled no punches in identifying who was responsible for Labour’s supposed “antisemitism crisis”. The headline read:

It attempted to argue that the current Labour leadership is “incapable of understanding” the alleged antisemitism in its midst. And it asserted that the “new” antisemitism in question is anti-Zionism, because the former is now merely being “dressed up” as the latter. The author claimed that criticism of Israel, i.e. anti-Zionism, coming from Labour is “illegitimate” because it uses “demonising, dehumanising and conspiracist language” about Israel that becomes “a fit receptacle” for antisemitism.

The author of the piece is Alan Johnson, a senior research fellow at the Britain Israel Communications and Research Centre (BICOM). Johnson has been publicly arguing against a Corbyn premiership since he first got on the leadership race ballot in 2015.

Johnson is certainly not the first commentator to conflate criticism of Israel with antisemitism. In fact, it’s an issue that Chomsky, and others, have highlighted before. But condemning Israel’s murderous crimes in Palestine is no more antisemitic than calling out Saudi Arabia’s monstrous violence in Yemen is Islamophobic.

As Chomsky says, although there’s a degree of antisemitism in Labour, as there is everywhere else, suggesting it has a problem lacks any credibility. Rather, it’s more the establishment’s horror at Labour’s criticism of Israel that’s driving this relentless anti-Corbyn campaign.