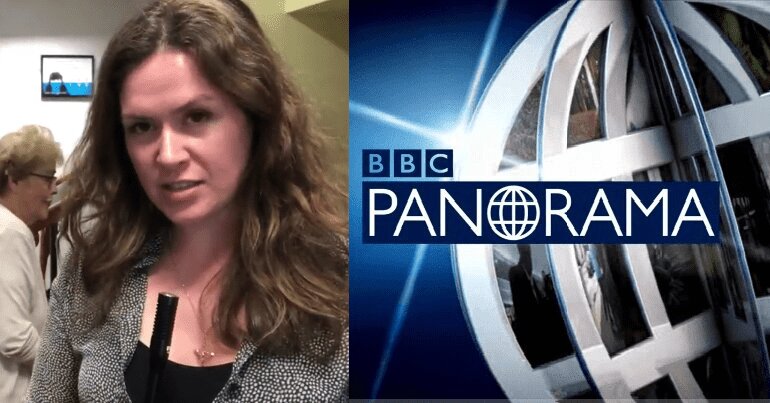 On 12 July, former BBC presenter Anna Brees spoke out against Panorama and its “incredibly suspect” episode on Jeremy Corbyn.

Speaking to The Canary, Brees, who turned down an offer to rejoin the BBC in 2014, said:

I am absolutely, utterly aghast of what I’ve seen just of Panorama.

The Labour press office saying that they’ve doctored an email. I’m not surprised on what they’ve done with the antisemitism situation. … It’s just like all the other stuff they do…

At the end of the day, I’ve seen enough and I’ve heard enough from those who have been involved and asked to contribute how they’ve had a very clear agenda right from day one. And I think they are incredibly suspect

In its latest Panorama, which aired on 10 July, the BBC stands accused of “doctoring” an internal Labour email. The party says the BBC‘s version ‘completely misrepresents’ its contents. Indeed, the programme edited out the Jewish identity of the people in question, who were accused of antisemitism.

The BBC denies this and rejects Brees’ accusations, telling The Canary:

But, in its latest episode on Labour, the BBC ignored the broader picture. For instance, it didn’t mention that disciplinary cases relating to antisemitism among Labour members since September 2015 relate to 0.06% of party’s 540,000-strong membership. Labour says:

It was my dream to work for BBC Panorama. And now I couldn’t think of anything more abhorrent than working for them. I mean it’s a big shock… I can never forget, when I got that job at the BBC it was the most incredible thing. You’ve got to beat 200 people to get it

Brees, author of Making the News, pointed to previous episodes of Panorama to prove her point. In a video with journalist Robert Stuart, Brees questioned a 2013 Panorama episode entitled Saving Syria’s Children. Stuart alleges that the BBC broadcast faked injuries of children in Syria, while the UK parliament was considering its foreign policy towards the country:

Has BBC Panorama been involved in a staged event? Thousands of children have died in this war. Former journalist Robert Stuart has spent 5.5 years investigating and presents his evidence here…Donate for more content like this….https://www.justgiving.com/crowdfunding/jonwedger?utm_term=mjP8Vr2Bg&fbclid=IwAR1_QHh3ooVKaXcaMTU7wGrpCTieyWL00_CR9mugoRrPoT96eHWInX1gbio

Freelance producer for the BBC Victor Lewis-Smith also threatened to tear up his contract unless the BBC adequately explained the footage.

absolutely no evidence that any part of the programme was fabricated.

Brees also pointed to another Panorama episode that the BBC was planning about far-right Tommy Robinson, who’s real name is Stephen Yaxley-Lennon.

For the episode, BBC journalist John Sweeney was talking to a source at a lunch date. The source told Sweeney she had a recording of an argument she had with Robinson.

What Sweeney didn’t know was that the source was secretly filming him at the restaurant. And he said:

We can clip that bit. My view about that is, we’re doing a kind of gender, a kind of sexual thing against Tommy Robinson

You tried to turn a normal argument into a sexual matter… do you think before you destroy a man’s life?

You misunderstand me. So what I was trying to do was to say to that source that if necessary we would change her gender to turn her for example, into a man. I’ve done that on regular occasions…

Of course, Yaxley-Lennon stokes anti-Muslim prejudice for money and must be condemned at every turn. And, speaking about a protest Yaxley-Lennon organised against the BBC, the National Union of Journalists (NUJ) said they “roundly condemn Tommy Robinson… and his fellow, far-right thugs who intend to intimidate staff at the corporation, particularly those working on Panorama”.

At the same time, journalistic integrity is universal – it doesn’t just apply to our friends. And every mis-step we make as journalists can empower dangerous people like him and allow him to claim victimhood legitimately.

This series of evidence-based claims against the BBC suggest the broadcaster is not meeting basic standards of journalism. And worse, these missteps are taking on the appearance of wilful political interference.