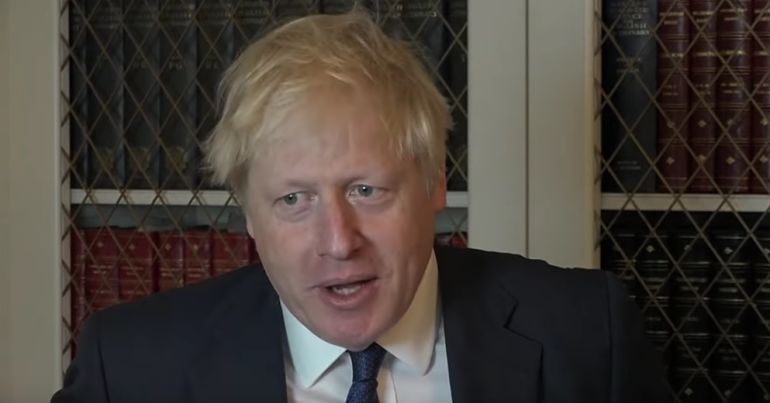 Boris Johnson is facing legal action aimed at stopping his prorogation of parliament. The case against the PM in the north of Ireland isn’t the only one either. Two other legal challenges, one in England and another in Scotland, are also on Johnson’s horizon.

On this issue, much of the United Kingdom is clearly uniting against the PM.

Not for “the good of the country”

Raymond McCord, a victims’ rights campaigner, has brought legal action from the north of Ireland. During a hearing on 29 August, McCord’s lawyer Ciaran O’Hare said:

McCord argues that a no-deal Brexit undermines the Good Friday Agreement. His case on the issue was due in court on 16 September. Following Johnson’s decision to prorogue parliament, however, his legal team moved towards securing the injunction. Outside the court, McCord explained why he’s seeking it:

I want the court to clearly state this is unlawful, and that what Boris Johnson is doing isn’t for the good of the country, it’s for his own agenda and to try and sideline parliament.

As the Belfast Telegraph reported, Lord Chief Justice Sir Declan Morgan adjourned the case until 30 August, and “requested amendments to the [legal] papers”.

A “dark day for democracy”

Back in Great Britain, Johnson faces two further challenges. In England, Gina Miller has launched “an urgent application for Judical Review” of the PM’s prorogation. Miller famously won a previous legal case that forced Theresa May’s government to give parliament a vote on Article 50 before triggering it. Miller said the PM’s decision to prorogue parliament with just weeks to go before the country is due to leave the EU was a “dark day for democracy”.

Finally, there’s another legal challenge progressing in Scotland. 75 MPs and peers have secured an urgent hearing for their case on 6 September against Johnson’s suspension of parliament. The cross-party group said of their legal action:

the petition raises legal issues of profound constitutional significance, and these require to be considered and determined as a matter of extreme urgency

The government’s lawyer said it was “willing to seek to deal with these matters” as long as it’s done in “a fair and proportionate manner”.

Alongside these legal actions, the government also faces a lot of opposition from the public. Protests have already occurred and will continue. A petition on the issue, meanwhile, amassed nearly one and a half million signatures within a day of the government revealing its plan to suspend parliament.

Clearly, Johnson’s effort to sideline MPs in the last few vital weeks of Brexit planning isn’t going to succeed easily. It has though achieved one thing swiftly and without a hitch: uniting much of the UK against the PM.