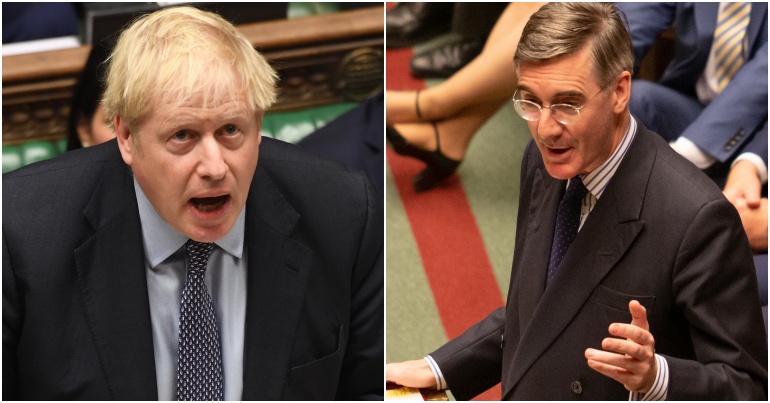 CORRECTION:This article was updated at 1pm on 14 November. The original version referred to a “complex, five-page form”. The amended version makes clear that the complexity lies in the process of submitting the form, which must be printed and requires people with no fixed address to supply an ‘address or place where they spend a large part of their time’. The article now also makes clear that the five pages includes the explanatory notes.

A new initiative to encourage boat dwellers, travellers, and other people without a permanent address to vote could help unseat Boris Johnson. With the general election in full swing, this is also an important step to help as many people as possible to register to vote.

The Votey McVoteface initiative creates a simple way for people to register and use their vote for maximum effect in marginal seats. The Electoral Commission estimates that only 2% of people without a fixed or permanent address are registered to vote. As the Guardian reported:

Official figures show that at least 175,000 people in the UK have no fixed address, whether because they are homeless, sofa surf, live on boats or are members of a travelling community.

Although these groups can register to vote, doing so involves completing a form, which is five pages long (including explanatory notes). This has to be printed, posted and people with no fixed address need to supply an “address or place where you spend a large part of your time”. For many boat and truck dwellers, this is complex. Votey McVoteface streamlines this process with an online form. It also provides addresses in crucial Conservative marginal seats. As the website notes:

we do not support a particular party but rather any that will help overturn this awful conservative government. We use electoral data to determine which left-leaning party has the best chance of beating the conservatives in the most marginal seats on the water ways.

This includes some very interesting seats.

Votey McVoteface is aimed at boat dwellers, many of whom don’t have a permanent mooring and face increased discrimination. But anyone without a fixed address can use the site. Several crucial UK marginal constituencies have canals and waterways, and votes here could make a huge difference. These include:

In total, the site identifies 11 marginal seats, and Labour is in second place in 10 of these.

Votes in these seats could be crucial. In the 2017 general election, the Conservatives lost their majority, although our first-past-the-post voting system gave them 318 seats. Under Jeremy Corbyn’s leadership, meanwhile, Labour saw the biggest increase in its vote share since 1945. The party went from 20 points behind to secure 40% of the vote.

In this election, focusing on marginal seats has never been more important. It’s how we could finally vote the Tories out. People with no fixed address include many who’ve been totally screwed over by nine years of Conservative-led austerity. And now, they have the power to undo some of that damage and help vote in a Corbyn government. Targeting Johnson and Rees-Mogg to do this is just the icing on the cake.