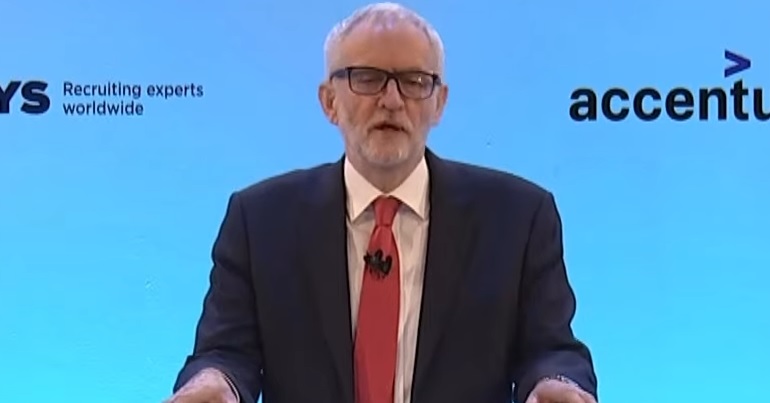 Jeremy Corbyn’s Labour Party has had an energetic start to the week. It’s released eye-watering figures about how much the Conservatives have held back the UK’s progress on tackling the climate crisis. And it’s put out a video on the country’s “failed” privatised rail system, which is also going down a storm.

Both are a kick in the teeth to the Conservative Party’s election campaign.

The experiment has failed

It's time to bring Britain's railways into the 21st century pic.twitter.com/NLgoic4QDI

It argues that trains in Britain are “packed, “unreliable” and “expensive” in comparison to our European counterparts. And it’s not wrong. Because recent Department for Transport (DfT) figures showed that train punctuality reached a 14-year low during the 2018/19 financial year. Only 86.3% of trains made it to their destination within 10 minutes of their scheduled time for long-distance services, or five minutes for short-distance ones.

Meanwhile, according to research by Labour (and with another 2.8% rise in train fares set for January 2020), passengers will have seen an average total increase in season ticket prices of 40% since 2010. The Trades Union Congress (TUC) says fares have risen by 46% overall since 2009. Prices on the European continent are generally lower, and services often better.

Such huge rises are also bad for the environment, as people who can often switch to driving to avoid the cost. The Campaign for Better Transport’s chief executive, Darren Shirley, said:

Rail fare rises are bad news for long-suffering passengers, but they are also terrible news for the environment. If even a small percentage of the millions of people who use the railways are pushed onto the roads through unaffordable fares, our climate will suffer. …

Everything possible should be done to enable more people to use public transport, walking and cycling rather than more polluting means, such as driving

So the Conservative government’s choice to lumber Britons with an over-priced, under-performing privatised rail service isn’t doing the climate any favours. And according to further research by Labour, neither have its parliamentary actions since 2017.

Labour says that environmental policies put forward since then would have led to an almost 70m-tonne reduction in CO2 emissions a year by 2030. But the Conservatives opposed those policies, Labour says, effectively costing the country that progress on emissions reduction. The policy proposals concerned tidal power, transport, onshore and offshore wind power, home improvements, and insulation.

The Conservatives have taken world-leading action to tackle climate change – legislating to achieve net zero, reducing emissions by a quarter since coming to office in 2010, and boosting renewables to record levels.

However, these figures challenge the notion that the government is “world-leading” on either the climate crisis or transport services. They’re killer blows that suggest quite the opposite, in fact.