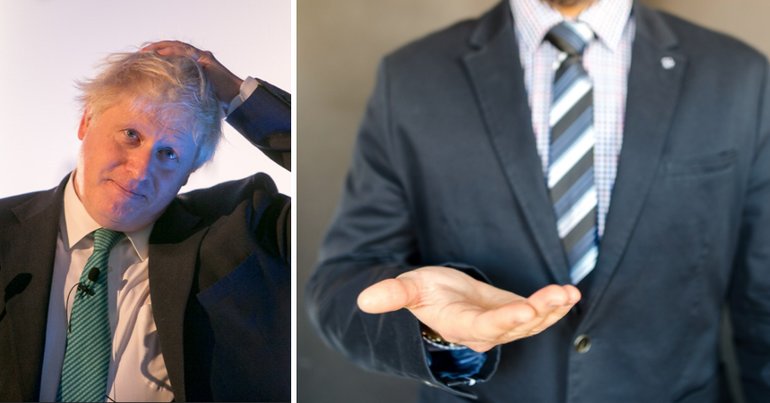 The Tories spend a lot of time arguing that we should shrink the welfare state that heals our sick and keeps people fed and in shelter when times are tough. At the same time, they’re expanding another welfare state for rich people. This corporate welfare state is costing the taxpayer up to £180bn each year. If we’re going to be cutting spending on welfare, we should be starting there.

The UK’s corporate welfare state is enormous. Research by the Sheffield Political Economy Research Institute (SPERI) estimates that welfare to corporations costs the UK government between £93bn and £180bn every year.

Now, what’s £180bn to the UK government? Is this a big sum of money or not? Well, the entire budget for Health and Social Care in England is £139bn a year. This means the corporate welfare state costs more than every nurse, doctor, hospital, medicine, and machine in England’s NHS combined. So the taxpayer is bailing out business to this tune (and more) every single year.

We must of course consider that corporations pay tax. Maybe the cost of helping business is dwarfed by their corporation tax contributions each year? Sadly not. In 2017/18, corporation tax receipts were worth £56bn a year.

Employers make National Insurance contributions too. What about those? They add up to just over £70bn each year.

So it looks like the contributions corporations pay into the kitty don’t even match what they’re taking out.

There’s no way around it. The corporate welfare state is an awful deal for the taxpayer. And most people don’t even know we’re paying for it, let alone what we’re paying for.

One of the chief means of building the corporate welfare state is fake privatisation. The government takes a nationalised service, and then it tries to find ways of directing funding for that service to private companies instead. A look at the rail service serves as a great example.

Despite the Tories supposedly privatising British Rail in the mid-90s, the government gave £7.1bn of financial support to the rail industry in 2018/19. And the cost of travelling on these half-privatised trains is now 20% higher in real terms than when they were nationalised.

Rail is perhaps the most naked example of how privatisation works for the formerly nationalised services. The profits were privatised, but the bulk of the financial responsibility remains nationalised. The taxpayer loses twice over: they still foot the bill for the service, but they also get stung by significantly higher rail fees. And so it continues through the rest of the corporate welfare state. In health, in energy, in water; in all the natural monopolies that it made sense to nationalise.

You create a sense of scarcity, like there just isn’t enough to go around. The coalition government did this with austerity; the Thatcher government did it with previous economic crises. Despite the 2007/8 financial crisis being caused exclusively by the private sector, and the private sector being bailed out by the government, it was reframed as a public spending crisis. And the very debt accumulated in rescuing the economy from casino banking became the excuse to rapidly cut funding for the welfare state.

Then you begin pitting different needs against each other. Young people’s services versus elderly people’s security. People who were born here versus people who arrived here. People with jobs versus people without jobs. And thanks to the primal fear that people with little have when faced with having even less, a fight ensues. While that fight is happening, you merrily divert as much spending as possible to you and your friends. The best bit? When the scarcity you just created hits and things stop working in the human-welfare state, it just makes your case seem stronger. ‘See, we told you things were bad. This service needs more private-sector involvement to boost efficiency.’

And so you go on. Every publicly-funded service is up for grabs – a means of siphoning taxpayer cash away from meeting public needs, and towards filling private pockets. In return, you’ve assured your post-parliament career in the revolving door of political and corporate life.

Perhaps the greatest enablers of the corporate-welfare-state long con are UK newspapers and media outlets. Just three corporations dominate 83% of newspaper reach in the UK. That’s just a handful of billionaires dominating the UK press. And they cannot be trusted to play fair when it comes to policies that invest in regular people rather than providing them with government subsidies or tax cuts.

The almost-entirely conservative media works to keep that corporate-welfare state out of view. Because when it’s visible, it’s clearly the public spending we should be cutting first. Especially when we have record numbers of people relying on foodbanks to eat.

When Labour talks about increasing the minimum wage, or free broadband, Jeremy Corbyn doesn’t need a ‘magic money tree’. He’s just diverting welfare away from a small number of already-wealthy groups and towards the majority of voters who need it. So unless you don’t think your hospitals, schools, and community are worth investing in, it’s a no-brainer.