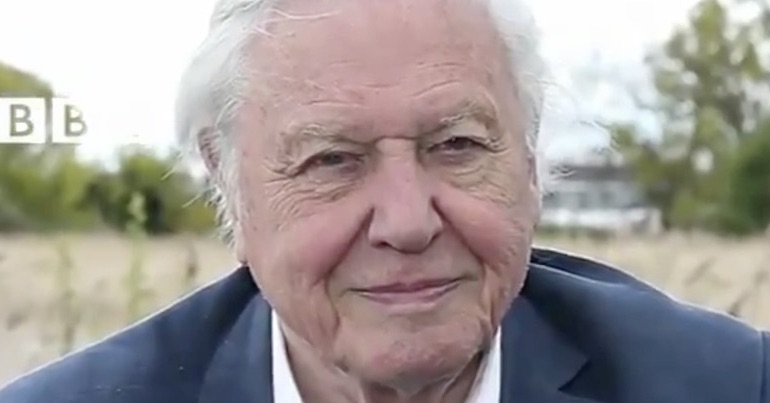 David Attenborough has issued a vital warning for all governments to take action on the climate crisis now. His warning came as new scientific research revealed that 2019 was the second hottest year on record.

“The moment of crisis has come”

We have been putting things off year after year. We’ve been raising targets and saying: ‘Oh, well, if we do it within the next 20 years…’. The moment of crisis has come. We can no longer prevaricate.

In November, scientists meet in Glasgow for the UN’s 26th Conference of the Parties (COP26). Described as “the most important gathering on climate change” since the 2015 Paris agreement, COP26 comes as “governments are due to review their promises to cut carbon emissions in line with the latest science”.

But on 15 January, the Guardian reported that:

2019 was the second hottest on record for the planet’s surface, according to latest research. The analyses reveal the scale of the climate crisis: both the past five years and the past decade are the hottest in 150 years. …

The average temperature in 2019 was about 1.1C above the average from 1850-1900, before large-scale fossil fuel burning began. The world’s scientists have warned that global heating beyond 1.5C will significantly worsen extreme weather and suffering for hundreds of millions of people.

The world has witnessed the impact of this change. Wildfires have been burning in Australia since September 2019, killing over a billion animals and destroying millions of hectares. Although bushfires happen every year, rising temperatures, low rainfall since 2017, and drought conditions created what former Australian prime minister Kevin Rudd called “a national apocalypse”. Meanwhile, floods in Indonesia killed at least 67 people and reportedly displaced at least 28,000.

We can’t go on saying: ‘But there is hope and we’ll leave it till next year’. We have to change.

Attenborough also stressed that change won’t come from “optimism” but from “deliberate, compelling life or death decisions”. He pointed to China urgently needing to take action. But we can’t ignore the role of other countries, including the US. As Time reported:

The U.S. and China have a special global responsibility with climate change. The U.S. has been the largest contributor historically to carbon emissions in the past 150 years and remains the largest per capita contributor today. China, meanwhile, is the largest emitter of greenhouse gases by volume. At the same time, the U.S., under the the Trump administration, is in denial about its role, while China, even as it focuses on decarbonization domestically, has not played a leading role globally

Attenborough also emphasised the “huge change in public opinion” about the climate crisis. He continued:

People can see the problem, particularly young people can see the problem, and that must force governments to take action. We have to realise that this is not playing games. This is not just having nice little debates and arguments… This is an urgent problem that has to be solved… we know how to do it; that’s the paradoxical thing – that we are refusing to take steps that we know have to be taken.

On 15 January, the World Economic Forum’s 2020 Global Risks Report stated that, for the first time, “severe threats to our climate” present the biggest issue in all categories. It listed these as:

collaboration between world leaders, businesses and policy-makers is needed more than ever to stop severe threats to our climate, environment, public health and technology systems… at a time when the world cannot wait for the fog of geopolitical disorder to lift.

This is what the world is worried by.

Time isn’t running out; we’re out of time. Attenborough knows this, and so do many ordinary people. So if governments still refuse to take action, then it’s up to us.