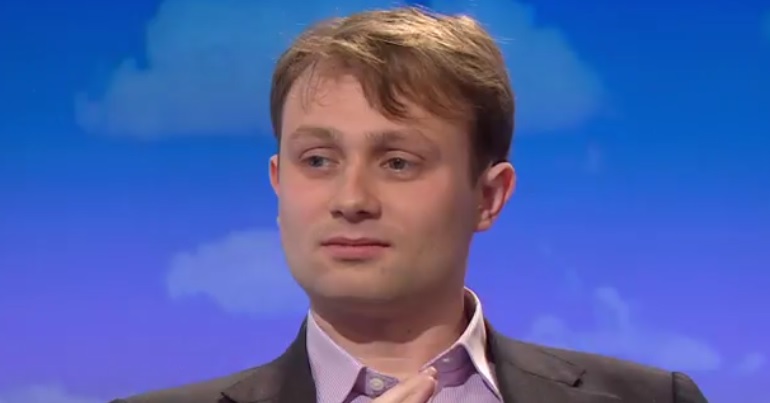 By now, Andrew Sabisky’s views on eugenics and ‘race’ are well known. The Downing Street adviser, who is part of Dominic Cummings’s “misfits and weirdos” recruitment for Boris Johnson’s government, has made numerous appalling comments in the past on those subjects.

But Sabisky has also expressed views on other matters surrounding governance. In one old BBC video, for example, he shares his opinions on the elderly and military spending. His attitude towards these issues does nothing to dispel the fear that he’s completely unfit to be anywhere near government – including a Conservative one.

For many years now, the Conservatives have pegged themselves as a fiscally conservative party. Ex-PM David Cameron telling everyone the country has to ‘live within its means’ and torturing the public with years of vicious austerity is a testament to that.

Up against a Labour Party willing to invest in UK citizens and the planet’s health, Johnson has loosened the purse strings a bit (on paper, at least). But Sabisky’s views on public spending in the area of ‘defence’ turn the tables dramatically. If such ideas were implemented by the Conservatives, they would become the party of fiscal irresponsibility – not to mention a party of grotesque warmongering.

Speaking on BBC Daily Politics in 2017, Sabisky argued for military spending at 6% of GDP. He said:

I’m not saying we should spend 6% forever. But I think for maybe the next five years a really big boost, some big heavy equipment buying, and then maybe taper down towards a long term target of 4%. That’d be a good sensible policy.

The now Number 10 adviser said 6% military spending was necessary because the UK has “lost so much capability over the last few decades and particularly since 2010”. The UK currently commits to spending 2% or more of GDP. For comparison, the US – which is notorious for splashing lots of cash in this area – only commits to spending 2-3% of GDP on it. If the UK increased its military spending to 6%, it would be the second biggest spender in relation to the percentage of GDP on Earth. Only Saudi Arabia would top it.

Who’s paying for it?

On BBC Daily Politics, Sabisky also explained where he believes the extra funding for military spending should come from:

It would mean a few [cuts to other areas of public spending] but I think certain sacrifices may have to be made, particularly by the older generation who are currently recipients of extremely expensive pledges, such as the triple lock [on pensions], free NHS prescriptions and so on and so forth.

“The older generation” is a major part of the Conservatives’ voting base. So Sabisky’s proposal to axe the benefits they receive so the country can afford one of the highest military budgets in the world (as a percentage of GDP) risks alienating the party’s core supporters.

Whichever way you look at it, Sabisky appears entirely unsuitable to advise Number 10. Although it doesn’t seem that Johnson is planning to show him the door yet. That’s perhaps not surprising in light of the hideous views on ethnicity and other subjects the PM himself has previously expressed.