On International Women's Day, we need to remember the women at the bottom of UK society - The Canary 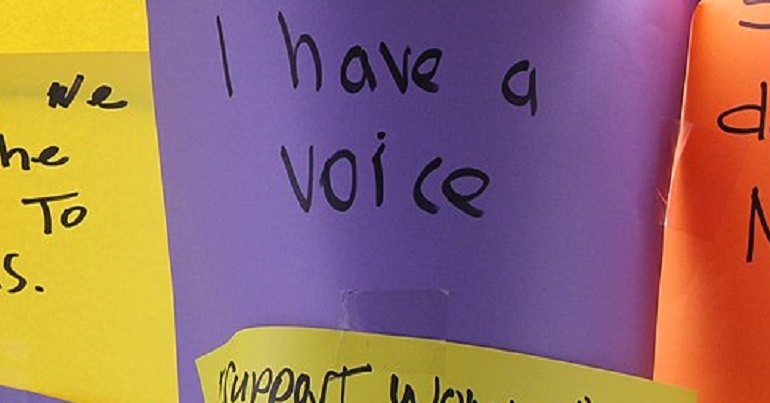 International Women’s Day 2020 (IWD) is promoted as a chance to ‘celebrate’ those who have made real advances for all women. People are rightly recognising individuals and groups who have helped increase equality and move women’s rights forward. But, it’s also worth remembering that in the UK, too many women are still in poverty; clinging onto the lowest rungs of society. And aside from celebrating, we should be forcing bottom-up change right across society.

Disabled women: the worst off?

As the London School of Economics (LSE) documented, the gap between disabled women’s financial insecurity compared to other groups widened between 2009-2014. By September 2014, disabled women were the most ‘economically marginalised’. The LSE found that compared to disabled women, the following group’s pre-tax household incomes were all higher. And they were higher by the following percentages:

Across the board, disabled women’s financial situation was generally worse than all other groups. The LSE found that:

But it’s not just disabled women who are on the bottom rungs of UK society.

The poorest women: marginalised the most

Back to the WBG, and in 2016/17 it found that single women were disproportionately worse off in the UK. It noted that:

Homelessness, meanwhile, is a major issue for women. For example, women rough sleepers on average die two years younger than men. In 2017, Channel 4 Dispatches estimated that 68,000 women were living in temporary accommodation. But the figures surrounding homeless women are probably an underestimate. This is because many of them are hidden homeless. Also, as the Guardian reported, Crisis found that:

So, all too often for structural and societal reasons, there are still many women who governments, and ultimately all of us, are failing and leaving behind.

IWD is a chance to recognise women who’ve changed the world. But it should also be a time to remember all those who society has left behind. These are the women who don’t get newspaper tributes paid to them. They don’t get statues or memorials. And they rarely get to have their voices properly heard. But these are the women who are probably the greatest examples of what IWD should be all about. Because, despite the system and society trying to drag them down at every turn, many of them are fighting on regardless – for themselves and for their families. These are women’s real heroes. And we need to strive to have changed things for them by next year’s IWD.