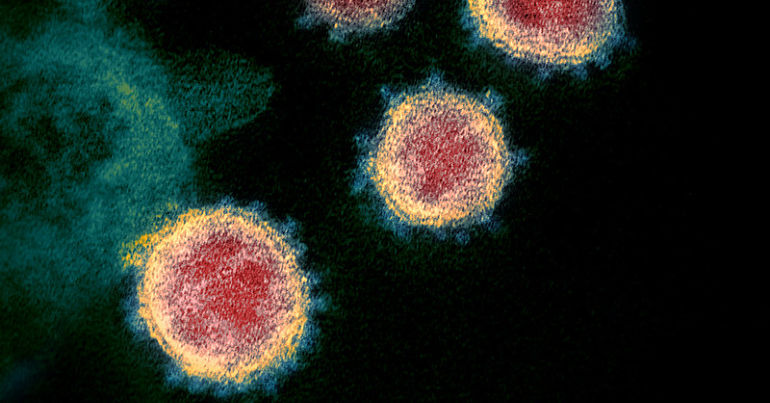 Boris Johnson has recommended that everyone should take the coronavirus (COVID-19) pandemic “on the chin”. But this ‘disaster capitalism’ approach to healthcare ignores findings from the clinical evidence and risks many more fatalities, especially for the elderly. And there will be economic casualties, too.

As of 12 March 2020, figures for the UK show 460 confirmed cases of coronavirus and eight deaths. The government’s own figures show similar findings.

Johnson’s message on how the virus should be tackled, meanwhile, has been at best confusing and at worst highly dangerous:

UNBELIEVEABLE – Johnson seriously suggests on TV to let #coronavirus run unhampered thru UK population.
Johnson proposes to let us "take it on the chin" & "allow the disease to move through the population".
In other words… do nothing & accept death rates >10% for elderly. pic.twitter.com/FmBNUL2oRB

Boris Johnson has put Brits at Grave Danger from the Coronavirus

If @BorisJohnson's 'take it on the chin' theory was followed, it could at worst allow up to 70% of UK population to contract the virus, potentially resulting in between between 400,000 and 1.5m deaths of mostly elderly and ill. What exactly is Boris balancing here? https://t.co/RGnlznmUyB

Current UK and WHO guidance

A video from scientific journal specialists Elsevier explains what a coronavirus (generic) involves.

Likely transmission of the virus, according to government guidance, is by:

The World Health Organization (WHO) recommends:

Regularly and thoroughly clean your hands with an alcohol-based hand rub or wash them with soap and water. …

Maintain at least 1 metre (3 feet) distance between yourself and anyone who is coughing or sneezing. …

[cover] your mouth and nose with your bent elbow or tissue when you cough or sneeze. Then dispose of the used tissue immediately. …

Stay home if you feel unwell. If you have a fever, cough and difficulty breathing, seek medical attention and call in advance.

If you think a surface may be infected, clean it with simple disinfectant to kill the virus and protect yourself and others.

The Department of Health’s action plan further informs government with regard to proposed interventions.

But it can be argued that the UK approach to the coronavirus outbreak, when compared to interventions from other countries, is comparatively conservative:

How does Tory Britain compare to the rest of the world in the fight against Coronavirus?

If you’re a Tory voter you might want to look away now.

Please RT this if you think the Boris Johnson’s response to the #COVID19 crisis has been wholly inadequate. pic.twitter.com/eRQahwjNBO

In addition to taking note of the WHO guidance, meanwhile, it’s important that we all learn from history.

For example, in 2011, a Cochrane systematic review of randomised controlled trials and other clinical studies on flu pandemics (such as SARS) was published. Disturbingly, it found that antiviral drugs were not enough to contain the spread of the infection. But there were some useful observations regarding containment, and it concluded:

Respiratory virus spread can be reduced by hygienic measures (such as handwashing), especially around younger children. Frequent handwashing can also reduce transmission from children to other household members. Implementing barriers to transmission, such as isolation, and hygienic measures (wearing masks, gloves and gowns) can be effective in containing respiratory virus epidemics or in hospital wards. We found no evidence that the more expensive, irritating and uncomfortable N95 respirators were superior to simple surgical masks. It is unclear if adding virucidals or antiseptics to normal handwashing with soap is more effective. There is insufficient evidence to support screening at entry ports and social distancing (spatial separation of at least one metre between those infected and those non‐infected) as a method to reduce spread during epidemics.

It’s important that such valuable studies are not ignored.

Reassuringly, a more recent, large-scale Chinese study found that for the vast majority of people who contract coronavirus, symptoms are mild.

The casualties will not just be medical, though. If businesses close down (or lay off workers) because of the outbreak, there will be economic casualties too. Moreover, in the UK:

There is no statutory right to pay if you are not sick but can’t work because a medical expert has advised you to self-isolate or go into quarantine. According to Unison, up to two million workers with no sick pay may not be able to afford to take two weeks off work if they develop symptoms.

As for those on zero-hours contracts:

Statutory Sick Pay [SSP] does not cover people who earn less than £118 a week.

As The Canary has reported, “SSP in the UK is the second-lowest in Europe”. And while the British government appears to be planning some support during the coronavirus crisis, it seems woefully inadequate.

An editorial in the Lancet, meanwhile, argues that one of the more vulnerable groups to the pandemic are homeless people.

Politicians literally have our lives in their hands, especially when it comes to a pandemic such as COVID-19.

The evidence on how best to combat the disease is still evolving. And it’s so important that authorities get things right by adopting a measured approach that aims to reduce mortality while ensuring people’s finances are only minimally disrupted.

This will test the Johnson government to its absolute limit.