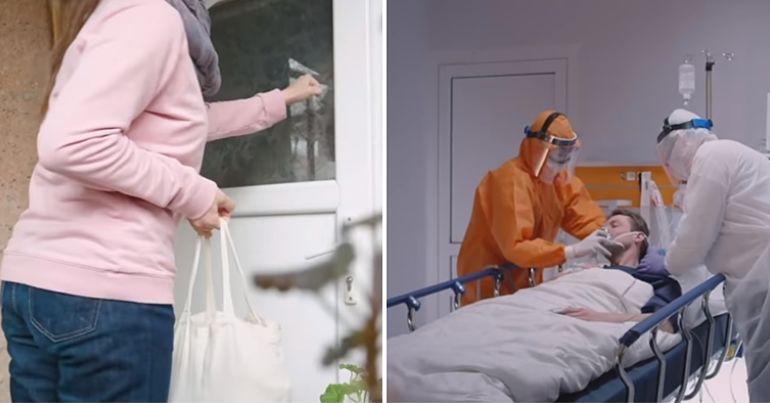 Amidst the tragedy and lockdown of the coronavirus (Covid-19) pandemic, people have started discussing changes occurring across the UK. In addition to the work being done by frontline staff in the NHS, local people are responding in their communities.

Such efforts include helping people forced to self-isolate to get food essentials and prescriptions. Some projects already underway in the UK show what can be achieved at community level.

These are groups of people “setting up independently in communities to support people in their local area through the outbreak”. These groups exist across the UK and are now in their thousands.

In some areas local Labour Party members are also involved in their wider Mutual Aid networks. While mutual aid is not party political, the very essence of this model of organising is very political.

According to a website set up to support the network of mutual aid groups in the UK:

Mutual aid is where a group of people organise to meet their own needs, outside of the formal frameworks of charities, NGOs and government. It is, by definition, a horizontal mode of organising, in which all individuals are equally powerful. There are no ‘leaders’ or unelected ‘steering committees’ in mutual aid projects; there is only a group of people who work together as equals.

Mutual aid isn’t about “saving” anyone; it’s about people coming together, in a spirit of solidarity, to support and look out for one another

As Tom Anderson wrote in The Canary:

For me, it’s only by organising together in a spirit of mutual aid, rather than charity or voluntarism, that we can support each other to survive. Not only through the current coronavirus situation, but also through the hardship caused by the inequality of our society, and the ecological crises that we are facing.

Labour members in Cornwall, for example, have helped locals with shopping and collecting prescriptions. They’re also helping Penryn & Falmouth foodbank “with deliveries and collections and working with Age Concern/Age UK to collect food and prescriptions for their referrals”.

Vice-chair of Truro and Falmouth Labour Constituency Labour Party (CLP) Alex Falconer spoke to The Canary. Falconer said they set up this group using a “membership base [Labour CLP] of 1,200 to promote a mutual aid network”. So they spread the word online and got 100 volunteers to help deliver shopping and medicine to people self-isolating.

Overall Falconer says he’s been “blown away” by the campaign. Furthermore, he hopes these efforts:

Meanwhile, in Nottingham, chair of Broxtowe Labour Party Jane Marshall said her CLP had been using its community centre on the high street as a foodbank prior to the pandemic. Marshall also spoke to The Canary and said this has changed over the last four weeks. Now they’re delivering packets of free essentials to people “who desperately need it” she said.

reaching out to people that need it because the government aren’t providing that service at the moment.

People contact them through social media and they get referrals from the Salvation Army and domestic violence projects among others. Then within 24 hours, according to Marshall, these people get a bag of food on the doorstep.

She says, “this is what the Labour Party should be doing at this time”. They manage to operate with donations as people see this “as socialism in action”.

Prior to the pandemic, data from the Department for Work and Pensions (DWP) estimated the number of people living in a relatively low-income household had risen to 4.5 million in 2018/19 from four million the year before. These figures showed that half a million more people, including children, are living in poverty.

So while the Conservative government whose austerity policies have caused this inequality delay getting help to those who most need it, it’s local communities who are taking action.

These diverse groups from different backgrounds are growing across the UK. And in the tragedy of this pandemic, they offer some hope of what’s possible.