Is coronavirus the end of everything or the start of something new? - The Canary 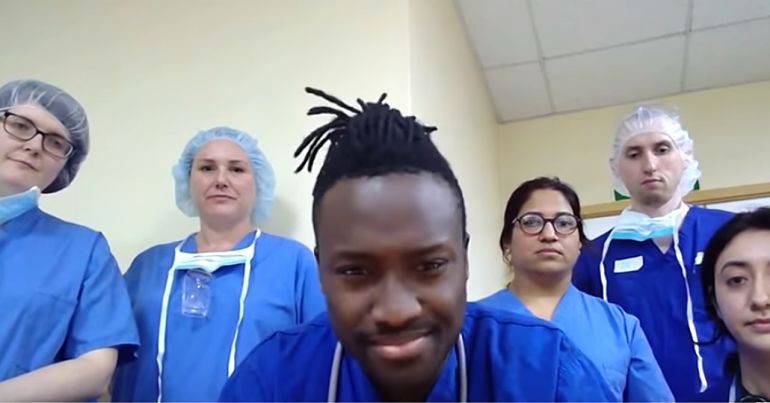 Let’s make one thing perfectly clear: the coronavirus (Covid-19) pandemic is really horrible. It’s frightening, disorientating, confusing and, yes, unprecedented in recent history. None of us would wish to go through this if we had any choice in the matter. But in the words of Gandalf: “All we have to decide is what to do with the time that is given to us”.

In the past, pandemics and other crises have caused people to look afresh at the world and to question the way things are. Right now, we may be too preoccupied with getting through the week to think of such things but, if we’re able, it’s not wrong to ponder the questions that our current situation raises. Here are a few.

While the disease itself has potentially deadly consequences for those afflicted, everyone in the UK is affected by the lockdown. Indeed, in the majority of countries in the world, most people are living under varying degrees of restriction.

Lockdown is throwing many aspects of life into sharp focus. For lots of us in wealthier nations, it’s made more bearable by technology that simply didn’t exist 20 years ago. But even within the UK, lockdown is not an equal experience. To be ‘confined’ to a large house with an extensive garden and a huge larder is an utterly different kettle of fish to being stuck in a shared 12th-floor flat with no balcony and one shelf in the fridge. And the inequality goes off the scale when we consider people living without a roof to call their own or with unreliable clean water.

Much of modern Western society seems designed to keep us indoors. Social media, online shopping, and the privatisation of public space have all led us to spend more time separate from one another. Now that this separation is mandatory, are we gaining an appreciation for what we can’t have? As even the most introverted of us look forward to partying like it’s Covid-19 no more, will we come out of lockdown more determined to reconnect with the rest of society?

Despite the long-running stereotype of the middle class curtain-twitcher, British culture has tended to put a high value on staying out of each other’s business. The above-mentioned atomisation caused by technology and consumerism reinforces this. But in the Covid era, we’re having to take action en masse, as a whole nation. The messaging to ‘stay home’ and to ‘observe social distancing’ has been relentless. And with good reason – as far as we can tell, other than mass testing, it’s the most effective way to slow the spread of the disease.

But while most people have done their best to follow the letter and the spirit of the guidelines, there have been outliers. Some have acted as if the rules don’t apply to them. In fact they’ve acted as if the disease doesn’t apply to them; that they’re somehow magically immune. And others have taken a different tack and decided to appoint themselves as special constables in the Covid police. It’s one thing to have a word with someone you think is out of line. But the emergence of a cohort of grassing busybodies suggests that if the UK government ever wanted to stage a re-enactment of 1970s East Germany, it would have a worrying number of willing recruits as informers.

Private enterprise will save us all

Boris Johnson’s cabinet is perhaps the most ideologically pro-‘free market’ ever assembled. Typified by the likes of Dominic Raab and Rishi Sunak, it’s chock-full of people who think private enterprise is the answer, no matter what the question. But when Covid-19 hit, the government did a handbrake turn and shot off in the opposite direction with such whiplash rapidity that you could be forgiven for not even noticing it happen.

Plans such as the payment of wages to furloughed workers and the suspension of rail operator franchises smack of interventionist government and central planning. Such things are the monsters that Tory ministers have grown up checking for under the bed. Look closer and you can see the struggle playing out. The cack-handed procurement of ventilators is the product of a mindset that sees the need for government to set the terms of demand but is unable to imagine supply coming from anywhere other than a crony corporation.

The coronavirus crisis has completely reshaped the Treasury’s accounts. A huge challenge for whoever is governing in the aftermath will be how, or indeed if, the books are ever rebalanced or whether new realities take hold.

For many people growing up in the UK, especially England, it’s hard to avoid imbibing the notion that, as a country, we’re somehow different – maybe even a bit special. By the way, we’re not the only nation so afflicted, although we may have one of the worst cases. But this global pandemic is truly that – global. If ever we wanted a graphic illustration of our interconnected globalised economy, this is it. No doubt in the future, studies will be written and PhDs gained looking at how the outbreak was able to move from country to country. There will be questions about the role of international travel and the effectiveness, or indeed relevance, of borders.

There will also, no doubt, be evaluations of how different countries employed different strategies for dealing with the pandemic. The UK may find that it doesn’t have much to shout about when that reckoning comes in. We may find that our opinions of other countries come under challenge. There may be surprises.

Adversity, while never welcome, can be the soil in which good things grow. Huge numbers of people have signed up for organised volunteering schemes. Countless others have helped out neighbours they didn’t previously know. Friendships have developed over such seemingly trivial projects as tracking down a jar of pasta sauce. People seeking human connection have discovered new ways of socialising. We’ve seen glimpses, some negative but others positive, of a different role for government.