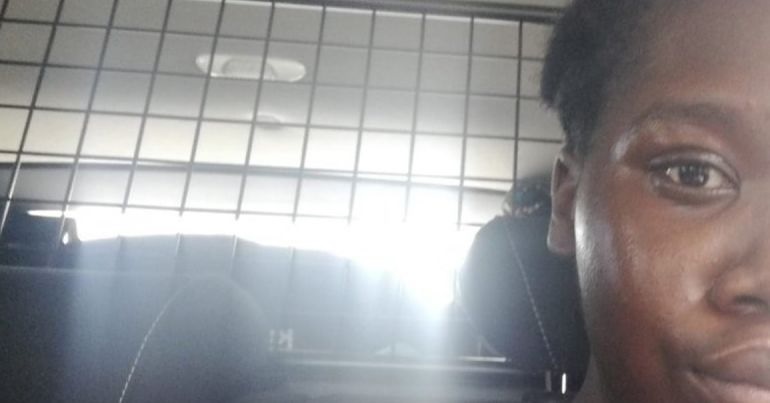 A woman is seeking justice for Black renters after facing an eviction that left her “traumatised and feeling deeply demoralised and insulted”. Christy Braham is demanding further investigation into the incident, including a review of Bristol City Council’s handling of eviction cases involving discrimination, after the council declared further action was “not in the public interest”.

“Deemed me to be the threat”

Braham has started a petition to highlight her situation and gain support for the issue. Following a dispute with her landlord in July 2019, the police were called to the property. While the actual facts of the dispute are contested by both sides, what happened next is clear cut and led to the police apologising for their actions.

In the petition, Braham explained that “police officers from the Avon and Somerset Constabulary arrived armed with TASERs”. She says they “automatically deemed me to be the threat” and that:

As a result, during the almost three-hour ordeal, they forced me into an illegal eviction and repeatedly threatened me with arrest if I did not comply.

Funmi Adebayo, the friend who was with Braham during the eviction, says she was “shocked” by the situation. Adebayo says that she and Braham were the first to call the police. But she says the police ‘refused to come upon our request’. She also told The Canary that the police were “intimidating” and that they:

threatened to handcuff me if I didn’t leave, after I told them they should put their video cam on and pointed out that what they were doing was illegal and they refused to check if she even owned the property.

I watched one of my sweetest, kindest friends in tears while these men stood over her and didn’t care to know where she would actually live.

In response to a complaint over the incident, the inspector who manages the police involved argued that he too would have asked Braham and her friend to leave the premises. Because, he said, a breach of the peace occurred and the landlord had a young child. But the inspector asserted that the officers “made a mistake” in their handling of the situation and “in effect” Braham was “evicted from the address”.

Essentially the police inspector concluded that, although the officers were wrong to remove Braham from the property in the way they did, they were right to ask Braham to leave the property under breach of the peace legislation.

In a further statement to The Canary, the police force said:

Avon and Somerset Police apologised to Ms Barham [sic] following a complaint about officers attending an address in July 2019. The investigation and appeal found no evidence of misconduct by officers involved in the case. It identified an individual training issue, which has subsequently been addressed. We’re not aware of receiving a complaint regarding racial profiling.

While our ambition is to be outstanding in our service to the public, at times we will make mistakes. When that happens, we will apologise, reflect and learn from the experience, as in this case.

I’d like to take this opportunity to publicly reiterate the apology already given to Ms Barham [sic] for the failings in this case and to reassure her that we are addressing the training issues identified through the investigation into her complaint.

“Not in the public interest”

Braham also asked Bristol City Council to investigate the eviction. But after waiting seven months, the council concluded it wouldn’t take the case forward. The council sent an initial short letter on 10 June that stated “the potential defendant has a statutory defence”, and that regardless of any possible defence there are “other legal considerations” that meant a prosecution wasn’t “in the public interest”.

The council sent a more detailed letter five days later, which it attributed to the fact that Braham was an “articulate, assertive and educated person”. That communication listed numerous reasons why the “evidential test” wasn’t met for a case, such as the short time left on the renting agreement and a lack of physical abuse.

Further communication from the council stated that it does “not have the power or resources to become involved in any post eviction / harassment issues”.

“Race has played an implicit role”

Braham accepts that there are “fair reasons” for the council not to pursue a prosecution of the landlord and the police. But there are remaining problems. She says:

No one has offered me any real support whatsoever, despite this being a really traumatising ordeal for me.

Also, although in its detailed letter to Braham the council said there “was no evidence or case made that the actions of potential defendants were racially motivated”, Braham asserts:

The need for that to be investigated is particularly pressing given that she says both the police force and council involved have publicly declared support for the Black Lives Matter campaign.

In short, although the actual facts of the dispute between the tenant and landlord are contested by both sides, the facts surrounding the police’s conduct are clear. Officers acted illegally against a Black woman in the situation. And when Braham complained about that illegality, the police told her it was “a mistake”. In a subsequent appeal, an appeals officer from Avon and Somerset Police’s Professional Standards Department then told Braham that “the police do not offer compensation”. However, in several cases, the police have paid compensation following successful civil actions. The appeals officer stated the force did not accept any liability in this case, and did not believe the officers committed misconduct, Meanwhile, the appeals officer also criticised Braham over the “mistake” officers made in her case, stating:

It is all very well finding someone to punish, but this is an outdated strategy which will not result in improvement.

In the system that legitimises the police’s very existence, people are punished for illegal acts. It’s not an ‘outdated’ strategy, it’s the strategy. But no-one has yet been punished in Braham’s situation.

With protests sweeping the globe over explicit and implicit discrimination against People of Colour, it is imperative that the authorities involved get to the bottom of why that is the case.