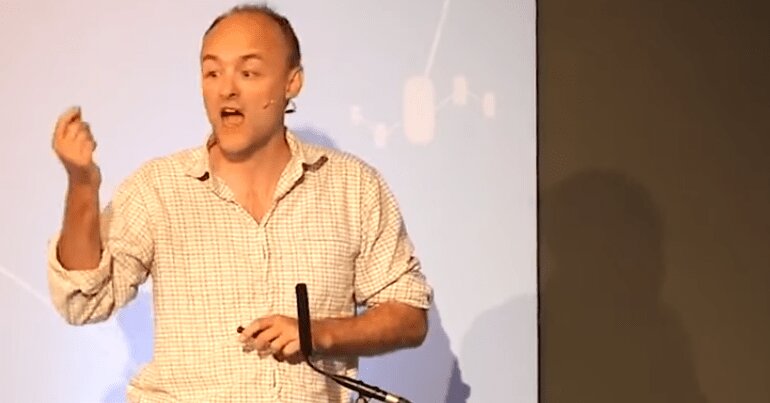 Downing Street special adviser Dominic Cummings is facing fresh questions about possible impropriety. This regards a payment of more than a quarter of a million pounds he made to a company central to the pro-Brexit campaign. That company, Faculty, is now the recipient of government contracts worth millions.

Add these concerns to the other allegations raised against Cummings and we find a picture of someone whose very public role should without question be subject to official investigation.

As Vote Leave director, Cummings played a pivotal role in the Brexit campaign. Indeed, he’s credited as having thought up the ‘£350 million a week for the NHS’ bus stunt. Faculty was previously called Advanced Skills Initiative (ASI) and under that name produced advertising for Vote Leave. Much of Vote Leave’s advertising was subsequently criticised as dishonest. Vote Leave was found to have breached spending limits in its campaign and subsequently fined £61,000 by the Electoral Commission.

The latest revelation claims that Cummings paid just over a quarter of a million pounds during 2018 and 2019 to Faculty. The money that Cummings paid to Faculty came from a company, Dynamic Maps, set up in October 2017 by Cummings and listed as a computer consultancy. Ben Warner, brother of Faculty co-founder and CEO Marc Warner, is now a data and technology adviser to 10 Downing Street. And there’s another Vote Leave connection: Paul Stephenson, who was its director of communications, co-founded the PR and communications firm Hanbury, a Faculty client.

The unaudited financial statement for Dynamic Maps for the period ending 31 October 2018 confirms that as it is a small business the company is not required to have its accounts audited. But as Cummings is a public figure it would be right that he explain what the £260,000 paid to Faculty was for and where that money came from. However, a clue to this might be found in an October 2019 article by the Bureau of Investigative Journalism. It reported that Babylon Health employed Cummings as a consultant and that he was paid for his services via Dynamic Maps. Babylon was awarded a contract with at least one Clinical Commissioning Group (CCG) to provide its GP at Hand app. The app was endorsed by health and social care secretary Matt Hancock.

In the meantime, responding to queries by the Guardian, lawyers acting for Faculty have declined to explain why the firm received the payments from Dynamic Maps.

Altogether Faculty has been awarded 13 contracts, worth £3m, by the UK government. One such contract is for £930,000 (excluding VAT) to develop an NHS AI lab, improvement of NHSX data analytics, and related services.

There are many other concerns about Cummings’ business and other dealings. Here are just a few:

Of course, there’s Cummings’ infamous journey from London to County Durham during the middle of the coronavirus lockdown. From there, he and his wife and son took a 52 mile round trip to Barnard Castle to, as he claims, test his eyesight whilst driving. Shadow home secretary Nick Thomas-Symonds commented: “The police have confirmed what we all knew, that Dominic Cummings broke the rules he helped to write”. What’s more, it was subsequently discovered that the cottage he and his family stayed at on his parent’s farm was not registered for council tax and breached planning regulations.

Then there’s the Russia controversy. Labour’s Emily Thornberry claims that Cummings has links with ‘Kremlin ideologist’ Vladislav Surkov. But to date there’s little else known about Cummings’ three year stay in Russia.

Cummings is a survivor and his fate appears very much linked to that of Johnson (and vice versa).

But for both, by closely aligning themselves to the coronavirus strategy and the deaths that arise from that strategy, as well as to Brexit and its eventual outcome, their futures will be determined by those consequences.

There again, luck has an annoying habit of running out at the most unexpected of times.