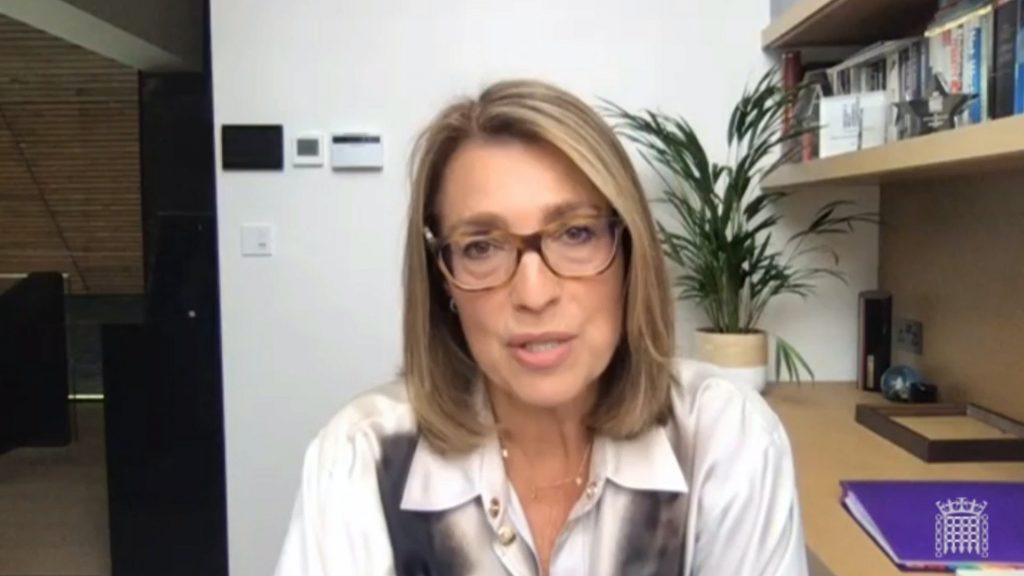 ITV’s chief executive Carolyn McCall has been taken to task over The Jeremy Kyle Show as she faced MPs during an inquiry into the future of public service broadcasting.

Digital, Culture, Media and Sport (DCMS) Committee chair Julian Knight voiced his disapproval at the ITV series, which was axed last year after an outcry following the death of guest Steve Dymond.

Knight referred to clips of behind-the-scenes footage from The Jeremy Kyle Show the DCMS committee was previously shown, saying: “Frankly they are outrageous, these were people who were taken off screen and presented with an individual who was meant to be a psychiatric counsellor and they were filmed during these processes.

“They were baited over a long period of time. My jaw is dropping at the lack of contrition here from ITV and from yourself as a chief executive.”

McCall, who joined ITV in 2018, pointed out that The Jeremy Kyle Show had been on air for 15 years and more than a million people watched it every day on the channel.

Knight replied: “The Roman Colosseum held 55,000, it doesn’t mean because it was popular it was right.”

The ITV chief executive also said the show had followed proper procedures and was regulated over those 15 years, to which Knight replied: “Not well enough.”

He added: “I’m just astounded that you don’t accept the premise that this programme itself, although it ran for 15 years and seemingly was highly popular, it involved the psychological, not torture, but the psychological exposure of very vulnerable people … people who were out there in the public domain who should have not been in the public domain.

“I’m just surprised you can’t see that perhaps that was the wrong step and perhaps ITV should have ended it earlier, and perhaps we shouldn’t see its like on TV again.”

McCall said The Jeremy Kyle Show had been stopped “not because it had done anything out of regulation, it had followed processes and procedures and done all things that were guidelines for a show like that”.

She told the DCMS committee: “It had not been criticised in the way that you (just) criticised it over that 15 years.

She continued: “I’m proud of a range of things ITV does, I’m proud of ITV. That particular show did polarise opinion, everyone on that show knew what the show was, it was informed consent, it was adults, they went through a screening and vetting process, they went through quite a lot of hoops before they went on that show, but it was conflict resolution – it was not always comfortable to view, yet people viewed it.

The Jeremy Kyle Show was axed amid growing scrutiny of the duty of care that reality TV shows have to participants following the death of Dymond and former Love Island contestants Sophie Gradon and Mike Thalassitis.

The ITV boss also spoke about the effect the coronavirus (Covid-19) pandemic has had on public service broadcasters, as advertising revenues plummeted and production was halted worldwide.

She explained that around 38 productions had resumed filming and staff were being brought back from furlough as lockdown rules were eased.

She added: “We are not producing drama because we haven’t found a way yet because the distancing rules are very difficult.

“They are people who will come off furlough last.”

Asked if there would be a lot of repeats to fill the schedule, McCall said it would be “inevitable”, with summer TV schedules facing the most challenges due to gaps left by the Euros and their flagship ITV2 series, Love Island, which has been postponed to 2021.

Citing the return of The X Factor, Britain’s Got Talent and The Masked Singer, she said: “We have got our big entertainment shows coming back, even without audiences.”