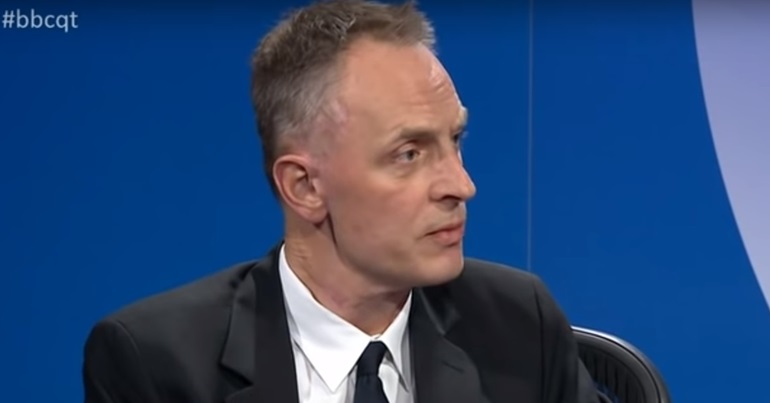 The Lancet is a veteran, independent medical journal. Its editor-in-chief Richard Horton has previously won an award for “outstanding contributions to the advancement of public health”. On 26 March, Horton took to BBC Question Time with a damning assessment of the British government’s coronavirus (Covid-19) response.

The Lancet editor called the response a “national scandal”, stressing that:

We shouldn’t be in this position. We knew in the last week of January that this was coming.

We’re putting our health workers – who we’ve just all clapped here – in the front lines without the armour they need to defend themselves. … That is nothing short of a national scandal.

The hypocrisy of clapping NHS workers and yet the government not supporting them to go into that front line is tragic. And it was preventable.

Everyone needs to see this.@richardhorton1, Editor-in-Chief of @TheLancet, on the government's response to the COVID-19 pandemic:

"It's a national scandal. We shouldn't be in this position."#bbcqtpic.twitter.com/Rtf1zTIKdN

As The Canary outlined previously, the lost decade of devastating ideological austerity that the Conservative Party and its allies inflicted on Britain severely damaged public health. It starved the NHS and other public services of funding, with at least 130,000 people dying as a result of just one aspect of austerity policy. Between 2010 and 2019, the number of NHS England beds fell by around 17,000. In this environment of severe underfunding, the NHS has clearly been struggling to cope with the coronavirus crisis.

There have been accounts in recent days of NHS workers using makeshift protection and asking for donations. The British Medical Association doctors’ union stressed on 25 March there is “growing evidence that thousands of GPs and hospital staff are still not being provided with the kit they need to properly protect themselves and their patients”. It said people could die as a result.

At the time of writing, Italy currently has the highest coronavirus death toll (9,134) in the world. Spain (which is reportedly a week behind Italy’s crisis) follows with 4,934. In the UK (two weeks behind Italy), 759 people have died so far. And in Germany (nine days behind Italy), the figure is 304.

It's completely unacceptable that we are lagging so far behind. https://t.co/gl99lVSpnh

Melville also stressed that “the UK now has fewer doctors and nurses per head than almost any developed country” and “well below the average”.

Horton’s right; the UK’s official response so far has been “a national scandal”. We must demand better. Yesterday, we clapped to show our appreciation of the NHS. Now, we must show our support by pushing the government to give it all the money and resources it so desperately needs.