Whatever Corbyn's enemies say, he knows exactly what went wrong. And he's not afraid to say it. - The Canary 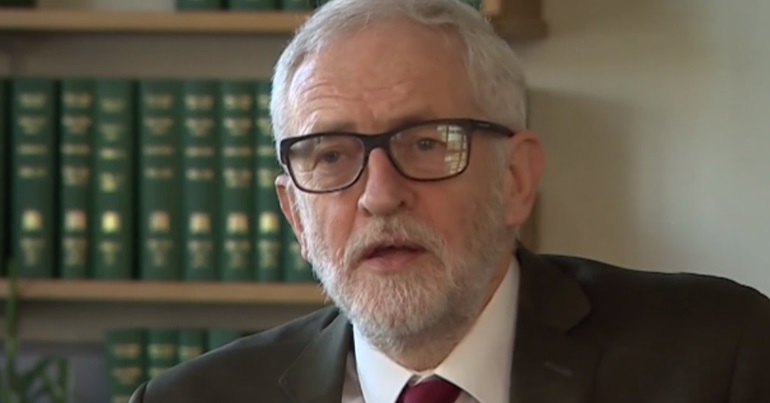 Outgoing Labour leader Jeremy Corbyn gave an interview on 27 March. He seemed to have a very clear idea of what went wrong under his leadership. It’s not what his enemies in the party want you to think.

Corbyn pointed to the “unprecedented level of abuse from the mainstream media” that he has consistently faced in the last five years as a big factor that undermined him. But he also looked closer to home, saying:

You make appointments that don’t particularly work out; you give faith in people that don’t necessarily return it too well; and you sometimes make judgement mistakes.

Was he referring to the people who left his shadow cabinet en masse back in 2016? The supposed allies who constantly undermined his leadership and smeared him? Or the hardline remainers on his team who pushed him to go back on the 2017 commitment to respecting the Brexit referendum? He didn’t clarify. But he was correct to highlight that some of the biggest obstacles he faced came from his own party.

‘You give faith in people who don’t return it too well’. Quite. pic.twitter.com/jFXaCVaDoz

The establishment favourite to replace Corbyn is Keir Starmer. The shadow Brexit secretary never favoured Corbyn as leader, and resigned during the failed parliamentary coup attempt of 2016. Fellow leadership hopeful Lisa Nandy didn’t favour Corbyn either, and also left the shadow cabinet in 2016. She even became co-chair of Owen Smith’s dire leadership campaign (which openly called for a second Brexit referendum).

Under Corbyn, Labour membership grew to over 500,000 – the biggest number since the 1970s. Yet many Labour MPs wanted Corbyn gone asap – despite the membership overwhelmingly backing him. He had tried to bring different wings of the party together in his shadow cabinet, and supposed allies repaid him by trying to get rid of him just a year after his election. As he said in the BBC interview:

That’s a highly respectable and democratic position. Because alliances are necessary in politics. But perhaps the lesson from Corbyn now is that unity doesn’t mean giving faith in people who haven’t earned it.

The party’s 2017 election campaign was largely successful despite the coup attempt, with Labour increasing its vote share more than it had under any other leader since 1945. But two years of smears and sabotage later, the big difference in the 2019 election was that Labour centrists like Keir Starmer succeeded in pushing Corbyn into a second-referendum policy which some believe played a massive role in Labour’s nightmare result. This was perhaps one of Corbyn’s biggest “judgement mistakes”.

2017 was a good example of clear progressive leadership – backed by ordinary people – that trusts its instincts and doesn’t let extreme-centrist sabotage win. To get the Conservative Party out of power, progressives must remember that. Alliances are necessary. But in the end, we need to trust our instincts and defend them to the hilt.