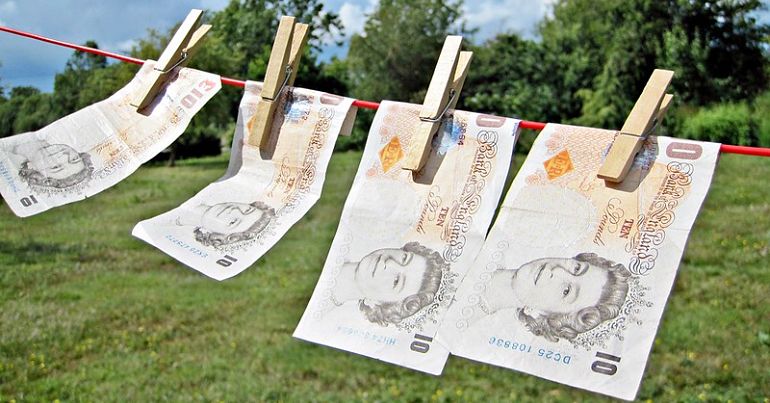 Leaked files show that Russian oligarch and Putin ally Suleyman Kerimov donated millions of pounds to the husband of major Tory donor Lubov Chernukhin. The payments were made via a family-owned offshore company.  Kerimov is currently under investigation for tax evasion in France and by US authorities for money-laundering.

Searches conducted by The Canary show Chernukhin donated 43 separate sums, mostly to Conservative Party central office. The total came to over £1.2m from April 2012 to July 2019. In 2014, she also paid £160k for a game of tennis with Boris Johnson and former prime minister David Cameron. And she paid £30k for dinner with cabinet minister Gavin Williamson. In 2019, she paid a further £135k to the Tories and got to attend a “ladies’ night dinner” with then prime minister Theresa May.

Now leaked FinCEN files, based on banks’ “suspicious activity reports”, reveal that in 2016 Definition Services gave Chernukhin’s husband Vladimir £6.1m. The company is sited on the British Virgin Islands and under the control of Kerimov’s children.

According to the New York Times, Kerimov is:

both the owner of Polyus, Russia’s biggest gold mining company, and a member of the Federation Council, the upper chamber of Russian parliament. He has been under investigation in France for tax fraud and money laundering, suspected of buying several villas in Cap d’Antibes through shell companies.

The leaked documents show that the money from Definition Services to Vladimir Chernukhin was via Kerimov himself. Deutsche Bank states that the money was listed as a “loan between the two parties aiming to support further immovable property projects of the borrower”.

According to the U.S. Department of the Treasury, Kerimov, a member of the Russian Federation Council, is:

alleged to have brought hundreds of millions of euros into France – transporting as much as 20 million euros at a time in suitcases, in addition to conducting more conventional funds transfers – without reporting the money to French tax authorities. Kerimov allegedly launders the funds through the purchase of villas. Kerimov was also accused of failing to pay 400 million euros in taxes related to villas.

A report on money laundering to the European Parliament states that Kerimov is one of several “big Russian businessmen” who “have chosen to cooperate very closely with the Kremlin”. The author adds that, according to the Panama Papers, Kerimov was a source of “donations” or extortion of $259m to Sergei Roldugin, a friend of Putin.

In 2018, US authorities instigated sanctions against Kerimov.

CNN claims it’s seen leaked testimonies that contributed to the UK Intelligence and Security Committee (ISC) dossier. It concludes that Russia established deep ties to the UK political scene. Specifically, one witness described the development as “potentially the most significant threat to the UK’s institutions and its ways of life”.

Lubov Chernukhin donated money to Tory MPs Theresa Villiers and Mark Pritchard. Both are members of the ISC, though not during the time its much delayed report on Russia was compiled.

In July 2020, The Canary reported that Northern Ireland secretary Brandon Lewis had received donations of £25k from Lubov Chernukhin and £23k from Ukrainian-born oligarch Alexander Temerko. The Canary also reported that Temerko made 69 donations to Tory MPs and Conservative Party central office. The total he donated from February 2012 to March 2019 came to nearly £700k. Temerko made his fortune in arms sales and is known to be a friend of Johnson.

As The Canary further reported, Temerko appears to have been linked to a 2018 ‘coup’ within the Tory party. The coup sought to oust then prime minister Theresa May. The attempt was reportedly led by members of the European Research Group, which promotes a hard, no-deal Brexit.

Altogether, openDemocracy claims that since 2010 the Tories received in excess of £3.5m from Russian funders. It lists New Century Media (a communications firm reportedly financed by the Kremlin) and Russian investment banker Lev Mikheev among the backers.

Cummings in the loop

Jack Wakefield, brother-in-law of Downing Street special adviser Dominic Cummings, was reportedly a director of the Firtash Foundation. The foundation is named after Ukrainian businessman Dmytro Firtash. Firtash is facing extradition to the US, regarding claims that he’s linked to associates of Rudy Giuliani who were caught up in the Trump-Ukraine scandal.

Lubov Chernukhin’s lawyers stated that “Mrs Chernukhin has never received money deriving from Mr Kerimov or any company related to him”. They also said that her “donations to the Conservative Party have never been tainted by Kremlin or any other influence”.

I think we need to be fairly clear about this so we don’t get the facts wrong – these [Lubov Cherukhin and other Russian oligarchs] are British citizens. They [the donations] are properly declared, we do not accept funds from foreign nationals.

Where will it end?

We have to clean up our act and it has to start with the government.

Indeed, though any clean up must be conducted independently and go far beyond government.