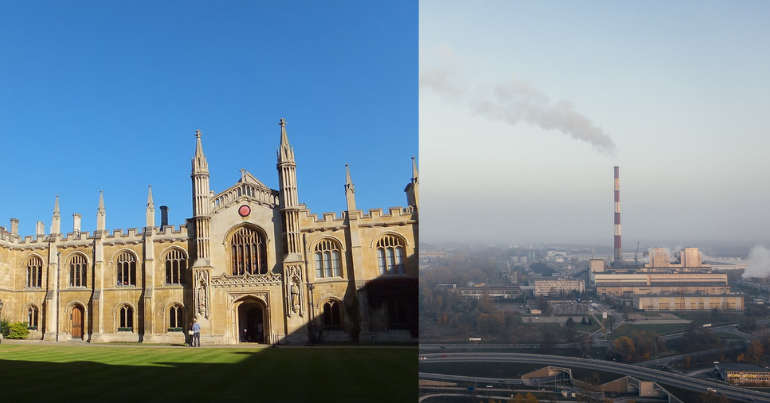 Cambridge University has promised to stop all fossil fuel investments by 2030 after a five-year-long campaign.

The university further pledged to cut greenhouse gas emissions to zero by 2038.

Both direct and indirect investments in fossil fuels will be divested from, while the £3.5bn Cambridge University Endowment Fund will be put towards investing in renewable energy.

This is a historic victory for the divestment movement. After decades of close collaboration with the fossil fuel industry, Cambridge University has been forced to concede to divestment demands put forward by student and staff campaigners.

This sends a resounding signal to BP, Shell, and ExxonMobil: no more will Cambridge University profit from the companies who have decimated frontline communities, bankrolled misleading climate science, lobbied against environmental regulations, and continued to explore for oil even as the planet burns.

An investigation by the Guardian in January 2019 found that Cambridge University had been offered donations of more than £20 million by fossil fuel companies BP and BHP Billington and kept them secret. Later that year, the university accepted a £6m donation from Shell for research in oil extraction.

Five years ago exactly we were at a fresher's fair recruiting to start this fossil fuel divestment campaign.

A testament to the power of determined organising! https://t.co/sXnJsCMipq pic.twitter.com/8nKsNPWrHY

In October 2019, the Guardian published a list of companies responsible for a third of all carbon emissions, among them were Shell, BP and Exxon.

According to People and Planet, a student network campaigning for the environment, 83 universities in the UK have pledged to divest from fossil fuels.

This is a landmark decision for which students, staff and the Students’ Union have been campaigning for years. The divestment report presents overwhelming evidence that the fossil-fuel industry’s practices are not compatible with the University’s position as a world-leading site of scientific research, or its stated mission to contribute to society. The report points out the importance of divestment for frontline communities who are damaged by past and continued extraction by these companies. We hope that other institutions join us in divesting and take firm action in the face of the climate emergency.

The university plan to start withdrawing investments from energy companies by December 2020 while they aggregate significant investment in renewable energy by 2025.

This will be done in conjunction with Cambridge Zero, the university’s climate crisis initiative.

The university is responding comprehensively to a pressing environmental and moral need for action with an historic announcement that demonstrates our determination to seek solutions to the climate crisis. We will approach with renewed confidence our collaborations with government, industry and research partners around the world as together we work for a zero-carbon future.