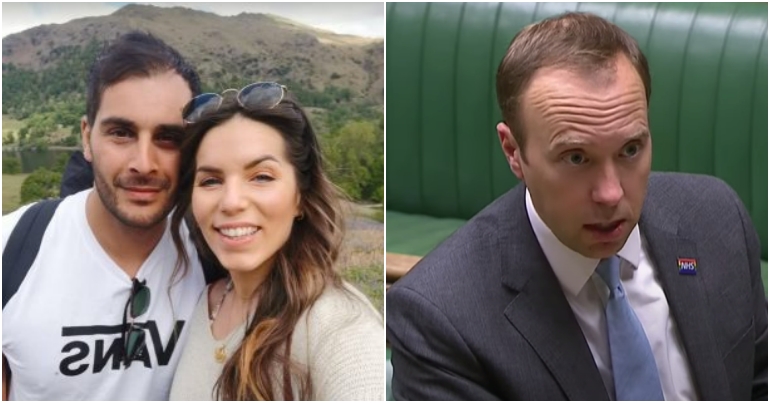 A pregnant woman who caught coronavirus (Covid-19) was only contacted by the Test and Trace service eight days after she learned of her positive result. The Canary has previously reported on the problems with the Serco-run Test and Trace system.

Sally Fazeli, from Preston, Lancashire, received the call – asking for details of people she’d been in contact with and offering advice on self-isolating – just as her own period of self-isolation was ending.

They said on the call, ironically, they knew she was in the vulnerable category by way of being pregnant and that they wanted to get in touch with her as soon as they could.

Mrs Fazeli first experienced symptoms – a cough and a fever – on 19 September. She had a test the following day and received notification of the positive result on 21 September. In that message, she was told to isolate for 10 days from the point when the symptoms first appeared.

But she did not receive a call from Test and Trace until 28 September – nine days into the 10-day self-isolation period.

They said ‘Have you managed to get the help and support you needed?’

I was like ‘Luckily my mum isn’t too far away so she was able to get us some things’ because we ran out of the essentials, and both of us couldn’t go food shopping or leave the house.

He said because I was in the vulnerable category I would have been able to access more support in that area, which I didn’t know … I was like ‘I guess it doesn’t even matter now anyway’.

As one of his wife’s contacts, Mr Fazeli – who, along with the couple’s two children, tested negative – received a call himself on 1 October.

It was all a bit ‘after the horse had bolted’ kind of thing – so not exactly impressive.

I watched that Panorama thing last week when it had contact tracers saying they’re champing at the bit to help, and they’re sat there twiddling their thumbs, waiting to be assigned cases to call – it doesn’t seem to stack up.

The Test and Trace programme has faced numerous problems in recent weeks, with many people unable to get tests or forced to travel long distances to receive them.

It was then revealed that an error at Public Health England meant 16,000 coronavirus patients had not been traced.

Shane Walker from Wigan received a similarly delayed Test and Trace call after he was tested on 19 September.

“The speaker said they were from Test and Trace and asked if I had any questions,” he told PA. “At that point, I told them that I had only one day left of isolating”.

From tomorrow, people in England will be required by law to self-isolate if they have #Covid19 symptoms, a positive test result or are told to by NHS Test and Trace

That means no walks in the park and no meeting up with friends.

Walker, who works in pastoral care at a school, quickly encouraged relevant staff to isolate once he informed them of his positive test. He told PA:

Nobody should have been exposed as I took it upon myself to notify the relevant people and conduct my own test and trace in a way. Had I not been aware of the rules from working in a school, people may have been exposed due go the lateness of their call.

Mr and Mrs Fazeli also took it upon themselves to notify people they had been in contact with, including a restaurant where they had celebrated their son’s birthday shortly before Mrs Fazeli started to exhibit symptoms.

“We did our own due diligence, but not everyone will do that,” Mr Fazeli said.

It wasn’t a great experience of the service, put it that way.

Both Fazeli and Walker have now fully recovered.

Featured image via PA and screengrab