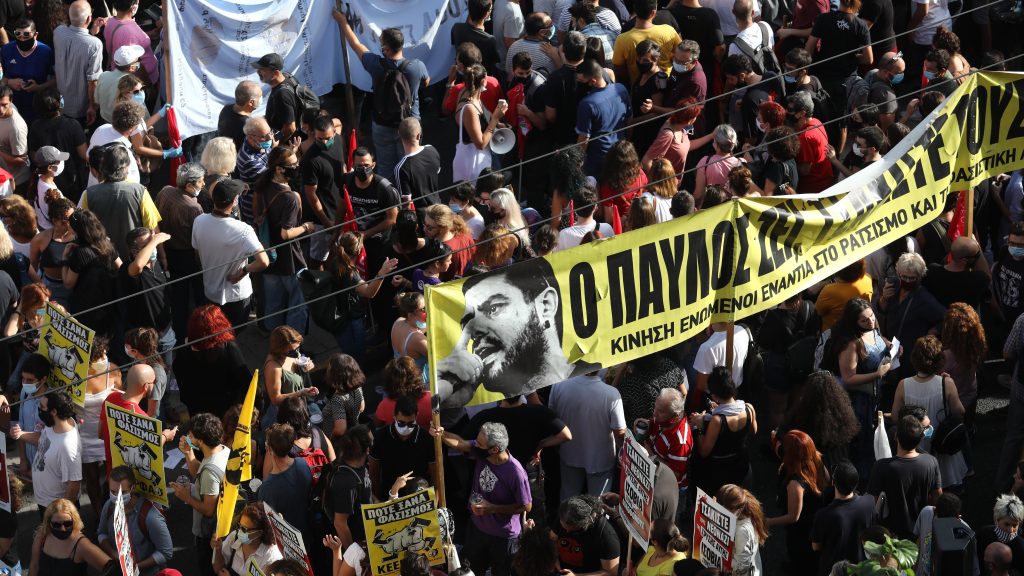 A Greek court has ruled that the far-right Golden Dawn party was operating as a criminal organisation, delivering a landmark verdict in a marathon five-year trial.

Security tight was tight at the Athens courthouse with more than 15,000 people gathered for an anti-fascist rally outside.

The 68 defendants in the trial included 18 former legislators from the party that was founded in the 1980s as a neo-Nazi organization and rose to become Greece’s third largest party in parliament during the country’s decade-long financial crisis.

The court has been assessing four cases rolled into one: the fatal stabbing of Greek rap singer Pavlos Fyssas, attacks on migrant fishermen, attacks on left-wing activists, and whether Golden Dawn was operating as a criminal organisation.

The presiding judge of the three-member panel began reading the verdicts by delivering a guilty verdict against Giorgos Roupakias for the murder of Fyssas.

That prompted applause inside the courtroom and among the crowd outside. Roupakias had been accused of being a party supporter who delivered the fatal stab wounds.