Britain's top general reminds us what Remembrance is really about: creating a robot army - The Canary 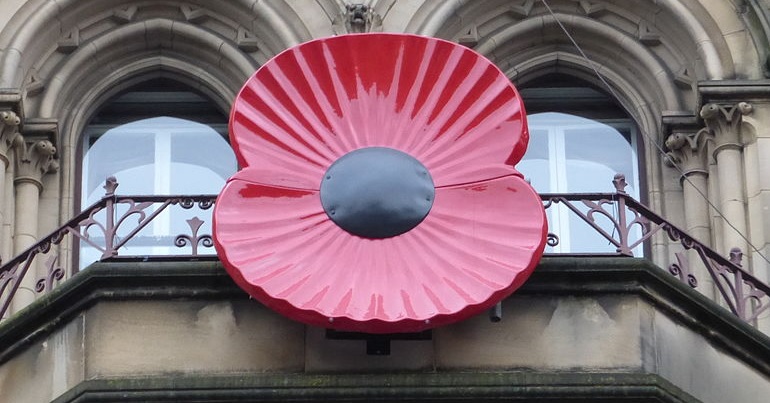 Britain’s top general used the Remembrance period to remind us what really matters at this time of year: building an army of robots.

General Sir Nick Carter, who is head of the British military, told reporters on Remembrance Sunday that a future armed force could well include up to thirty thousand robot soldiers by the 2030s.

He also warned that the coronavirus (Covid-19) pandemic may have elevated the risk of a new world war:

We have to remember that history might not repeat itself but it has a rhythm and if you look back at the last century, before both world wars, I think it was unarguable that there was escalation which led to the miscalculation which ultimately led to war at a scale we would hopefully never see again

Activists from Extinction Rebellion carried out a protest at the Cenotaph on 11 November. An army veteran and an NHS nurse put a climate-themed poppy wreath on the Cenotaph.

Right-wing outlets like Guido Fawkes attacked the protest as disrespectful, while the Telegraph and the Murdoch press highlighted criticism of it.

I took action today knowing that I would be criticised. I knew that I would be accused of being disrespectful and hated by many for speaking out in this way. Remembrance Day is never an easy time for veterans and this was not an easy decision for me to make.

But I served this country, I served the people of this country and the action I took today is about just that. Unchecked climate change means a return to a world at war. I cannot stand by and let that happen. It is my duty to act.

Any protest at the Cenotaph will be likely sucked into the culture war. But while the XR action brought instant right-wing media attacks, the general’s lobbying for money and robot soldiers drew little media criticism.