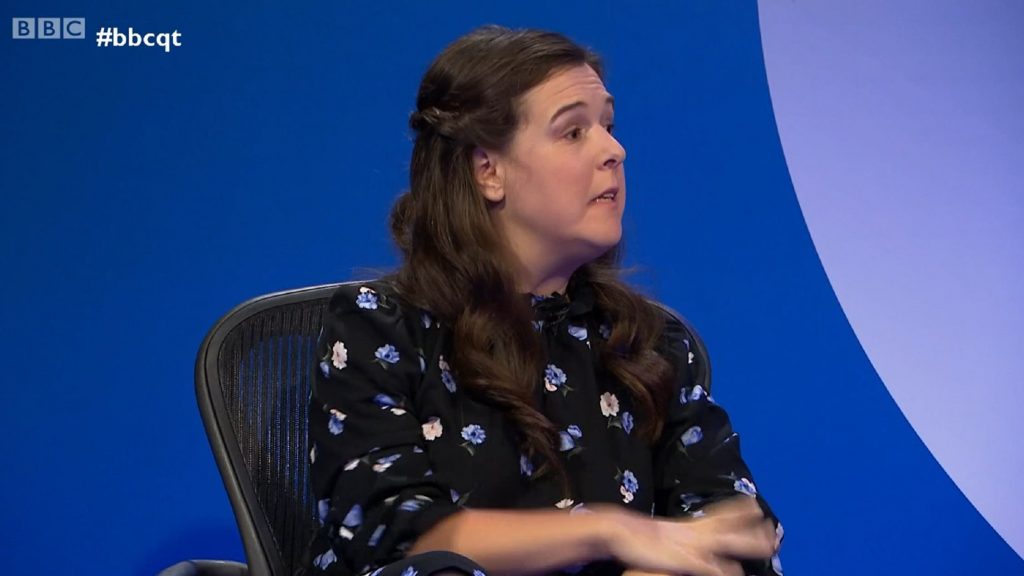 Comedian Rosie Jones said she is “bloody proud” to be disabled after speaking on Question Time 25 years since the introduction of the Disability Discrimination Act.

The legislation, which was introduced in 1995, prohibited discrimination on the grounds of disability, and was significantly extended in 2006 to include areas such as employment and education.

Jones, who has cerebral palsy, appeared on the BBC’s discussion programme to talk about her experience, and said that the “groundbreaking” act had helped her lead a better life. She told Fiona Bruce:

Without a doubt my life has been better because of it.

I had an education at a mainstream school, I went to university, I got a job, and with my cerebral palsy – (I) have been a successful and independent human being, and I am proud of who I am.

However, Jones pointed out the UK has far to go, saying that she wears headphones in the street to block out the abuse that persists. She said:

Saying that, we’re 25 years on, and whenever I walk in the street alone I wear headphones – because of how I walk and I talk, I get abuse on a daily basis. I am not alone in that.

I am not alone in that I have had times of unemployment. Unemployment is huge amongst disabled people. I tried to apply for jobs, and I have been hung up on because of how I speak. Right now a quarter of a million disabled people are unemployed, and because of Covid that is rising.

I was going to say that disabled people are overlooked, but they’re not. They are deliberately ignored because disabled people need more care, and more money, and I don’t feel like – as a disabled person – I am getting the care and support I need right now.

Jones has received messages of support from social media since the programme’s broadcast, including from her comedy colleagues:

Jones tweeted afterwards: “I am disabled and I am bloody proud of it”. The BBC is marking the 25th anniversary of the introduction of the Disability Discrimination Act with a series of special programming.

Actresses Liz Carr and Ruth Madeley, as well as screenwriter Jack Thorne, will deliver monologues which will be broadcast on BBC Four. BBC disability correspondent Nikki Fox will also prepare a number of special reports that will air during news bulletins.