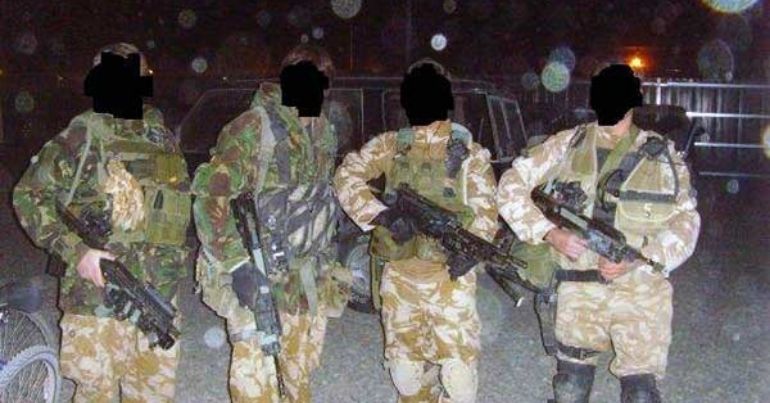 The UK’s elite new ‘ranger’ regiments may have serious negative implications for democratic accountability. Like other special forces units, they are almost certain to be exempt from Freedom of Information (FoI) requests and protected from parliamentary questions by an archaic government ‘no comment‘ policy.

Plans for four new ‘Tier 2’ special forces battalions were announced this week ahead of the government’s publication of a command paper on defence as part of the recent Integrated Review of military strategy. Four existing infantry units are set to be reorganised into the new ‘ranger’ battalions which will operate alongside special forces units like SAS and SBS.

According to reports, the first regiment is expected to be up and running in 2021, with Somalia and Mozambique touted as potential first operational deployments. Reports suggest it will number at least a thousand and be funded as part of a £120m defence spending package.

In an article on the MOD’s Medium page, defence secretary Ben Wallace and ex-SAS general Mark Carleton-Smith confirmed that the units would be taking over roles traditionally preserved for special forces. Wallace said the regiments would be “at the vanguard at a more active and engaged armed forces”.

The Army Special Operations Brigade is designed to operate alongside both regular and irregular partners and proxies in high-threat and hostile environments. Consisting of four specialist battalions, the Army Ranger Regiment will be the vanguard of the Army’s global footprint.

These comments seem to suggest that the UK, which has avoided large deployments since the embarrassments of Iraq and Afghanistan, is determined not only to create, but also use these new off-the-books units. Expeditionary warfare appears to be back with a bang, only now it may be even harder for the public and MPs to keep tabs on it.

The UK government does not comment on particular aspects of military operations. This includes special forces and drone activities, which have expanded substantially over the last two decades. There is a long-standing policy of ministerial refusal to comment on special forces activity. This was in evidence, for example, in an exchange on SAS training between then-defence minister Penny Mordaunt and DUP MP Jim Shannon:

In line with long-held Government policy, we do not comment on matters to do with UK Special Forces personnel.

Additionally, the use of a special “indefinite” defence exemption against FoI requests has long been barrier to proper scrutiny by journalists.

This level of secrecy is not the international norm, even for the UK’s major military allies. As a 2018 report by the Oxford Research Group looking at secret warfare points out:

Some countries—the U.S., France, Denmark and Norway—have adopted some form of legislative scrutiny, with Denmark’s system being the most expansive and France’s being the most limited. Others—Australia and Canada—have adopted a policy of releasing unclassified briefings on the activities of their special forces, which can then be used by the media, the public, and their legislatures as a basis for debate

Currently, UKSF are the only part of the British defence and intelligence community that are not subject to parliamentary scrutiny of any kind. Instead, the government has adopted a “no comment” policy which prevents public discussion about their role in UK defence and security strategy. Transparency and accountability are important to increase public trust in British actions abroad. However, external oversight also plays an important part in making sure that government decisions are strategic as well as publicly defensible. The current opacity policy towards UKSF is unsustainable in a modern climate of parliamentary scrutiny over the use of force, and in an information age that has eroded government control over access to information.

Over the course of UK involvement in the War on Terror, new military units were developed which have enjoyed the same immunity from democratic oversight. The Special Reconnaissance Regiment (SRR) was founded in 2005 to carry out surveillance tasks. As The Canary reported recently in an article on the Spy Cops Bill, SRR was involved in the operation which resulted in the police killing of Brazilian worker Jean Charles de Menezes that year.

Special Forces Support Group (SFSG), which is the closest existing unit to the new ranger regiments in terms of doctrine, was founded in 2006. SFSG takes members from the 1st Battalion, the Parachute Regiment (of Bloody Sunday infamy), a number of Royal Marines, and the RAF Regiment.

These were in addition to the already existing Royal Navy’s Special Boat Service (SBS) and the British Army’s SAS. All four have proven hard to report on or scrutinise due to the enforced opacity around their work.

It’s notable that descriptions of SFSG’s role in support of special forces match very closely that of the forthcoming ‘ranger’ units. It seems that political pressures at home, and war fatigue over Iraq and Afghanistan, has led the government and military to decide that an expansion of off-the-books warfare is the way forward.