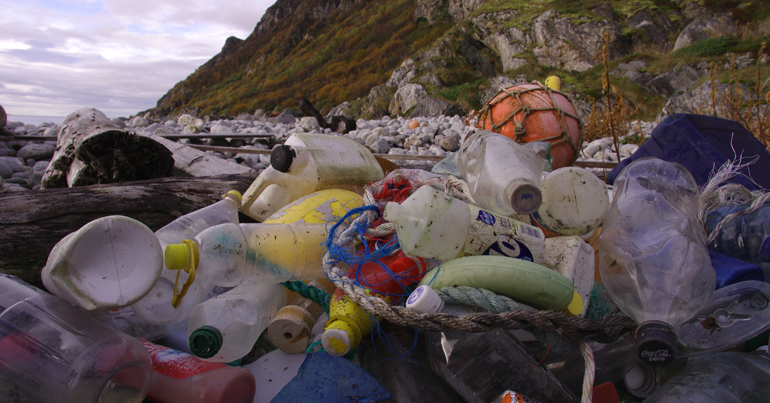 Greenpeace is calling on the government to take action to stop the large volume of plastic waste the UK is dumping on other countries.

The charity said that despite government insistence that half of our plastic waste is recycled, this often “simply isn’t true”.

Instead, much of our plastic waste put out for recycling is incinerated. Half of what is recycled is sent abroad to places with low recycling rates and is often illegally burned.

These practices are causing health problems for communities living near plastic dumps, as well as harming the planet.

What happens to recycling

The government reported the recycling rate from UK households was 45% in 2018. Greenpeace said more than half of this ends up being sent overseas, where it may not be recycled and is often dumped and burned.

Despite it being illegal to export plastic waste if it’s not going to be recycled, Greenpeace investigators have reported finding heaps of British plastic abandoned or burned. Currently, the bulk of our plastic exports are going to Turkey and Malaysia.

Malaysia has seen a particular increase in the number of plastic waste imports sent by other countries since China banned them in 2018.

According to Greenpeace, in reality only 10% of plastic packaging in the UK actually ends up being recycled.

In Malaysia, locals living near sites of plastic dumps have complained of acrid smells so “unbearable” they can’t sleep. The fumes from illegal plastic burning are also leaving residents worried about their health.

Local residents were having breathing difficulties, having difficulty to sleep, feeling nausea, [and] feeling unwell.

Plastic from dumps abroad can often be blown into the ocean. According to a recent review, flexible plastic, plastic bags, and packaging are among the most deadly debris items for marine wildlife.

Similarly, a 2019 report unveiled the full costs of plastic consumption on the planet and human health. One of the authors, director of environmental health at CIEL David Azoulay, said:

Both the supply chains and the impacts of plastic cross and re-cross borders, continents, and oceans. …

Countries must seize the opportunity of current global discussions to develop a holistic response to the plastic health crisis that involves reducing the production, use, and disposal of plastic worldwide. There is no silver bullet to solve this health crisis, but all solutions must ultimately reduce the production and use of plastic if they are serious about protecting human health.

While Greenpeace encourages people to continue recycling, it wants the government to focus on the wider problem.

Its petition, which has more than 170,000 signatures already, has three demands to fix “the UK’s plastic waste crisis”:

1. Stop dumping our plastic waste on other countries
2. Cut the UK’s single use plastic by 50% by 2025
3. Roll out a Bottle Return Scheme to stop billions of bottles from being dumped

The government claims to be a global leader in tackling plastic pollution, but it is failing to address this crisis responsibly. Its small gestures towards stemming the plastic tide, like banning plastic cotton bud sticks, stirrers and straws have had a minimal impact.

This is wrong. It’s unjust. And it has to stop.

By producing less single-use plastic, Greenpeace said the UK could cut down the amount of plastic waste being dumped in other countries, benefitting both the people and the environment.