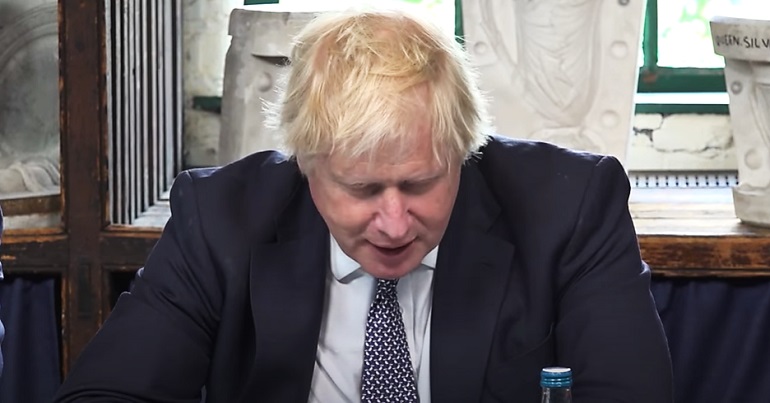 Boris Johnson has said he’s ordered civil service bosses to sack 90,000 members of staff, according to reports in the corporate media. The reason? The PM says the money saved will “reduce the cost of living”. But in reality, this is just spin – the cash saved from the move amounts to less than 0.4% of the government’s entire spending.

BBC News reported that Johnson wants to return the number of civil servants to 2016 levels. As it noted:

The Daily Mail originally reported the story. It quoted Johnson as saying the civil service was “swollen” and:

Every pound the government pre-empts from the taxpayer is money they can spend on their own priorities, on their own lives.

The right-wing tabloid pushed the idea that Johnson’s cull of staff would save £3.5bn. That may sound like a lot. But in reality, it’s the equivalent of the Tories finding a fiver down the back of the sofa.

Money for literally nothing

In 2019/20, pre-pandemic, total government budgeted spending was £884bn. So, the Daily Mail‘s £3.5bn works out to under 0.4% of government spending. But what does this amount of money look like?

These aren’t exactly huge figures. But what about Johnson’s claim that his sacking of 90,000 staff will mean the rest of us can spend more on “our own lives”? The Daily Mail‘s saving of £3.5bn would be the equivalent of giving everyone in the UK around £52. That wouldn’t even cover the weekly food shop for two adults.

So if Johnson’s sacking of 90,000 civil servants is barely saving any money – then why is he doing it?

The ghost of Cummings?

Johnson’s former adviser Dominic Cummings, along with now-housing secretary Michael Gove, spent a lot of time pushing for civil service reform. And while the former resigned a year and a half ago, his influence over Downing Street decisions seems to linger. Cummings didn’t like the size of civil service departments, much like a previous review into this under the coalition government. He also wanted to put more power in the hands of ministers, and ultimately Johnson.

So by culling 90,000 staff it seems the PM is in part carrying on Cummings’ plan. The financial chaos faced by the rest of us is the perfect way to sell it to the public. But this mustn’t fool us – do we really want the Tories and Johnson to have more power over decisions that affect us all for the sake of £52?