How many dead bears does it take to celebrate the Queen's Jubilee? 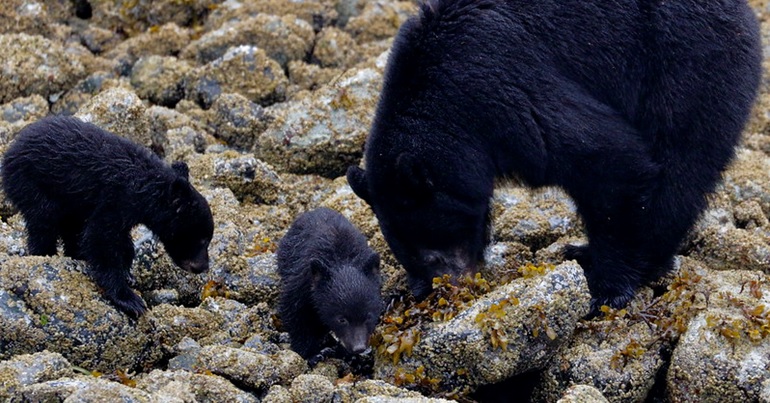 Queen Elizabeth I used to enjoy the ‘sport’ of bear-baiting. That’s the grizzly practice of people setting a pack of dogs on an incapacitated bear to see who makes it out alive.

Thankfully, bear-baiting is a thing of the UK’s distant past. But bears – dead ones – will very much be present at Elizabeth II’s upcoming Jubilee celebrations. That’s because, according to PETA, each and every ceremonial bearskin hat that the UK’s army guards wear requires the taking of a bear’s life. And if the rehearsal was anything to go by, there will be lots of dead-bear-headed guards at the ceremony.

It doesn’t actually take any dead bears to celebrate the Queen’s Jubilee though. Here’s why.

Time to move on

The Ministry of Defence (MoD) has been under pressure for a while to ditch the hats. Campaigners, including Born Free, have urged the department to end their use. So have some 75 MPs, who signed an early day motion calling on the MoD to recognise that the use of real fur:

Most recently, an assembly of wildlife photographers, such as Springwatch’s Megan McCubbin and president of We Animals Media Jo-Anne McArthur, have joined with PETA to pressure the government to drop the fur. In a letter to officials, reported on by Digital Camera World, they said:

As wildlife photographers who have spent our lives documenting the beauty and fragility of the natural world, we are acutely aware of the need to protect – not pillage – the living planet, which includes the animals we share it with.

PETA has even worked together with a faux furrier called ECOPEL to develop an alternative for the ministry. Along with the designer Stella McCartney, they have come up with a product that Born Free says is “visually indistinguishable from the real thing.” Under MoD tests, the alternative also performed as well as the version made of bears, PETA asserts. Moreover, ECOPEL has offered to provide an unlimited amount of these free to the MoD up to 2030.

However, the MoD has refused. In particular, the defence secretary Ben Wallace has opposed the move.

Ben Wallace & bear hats scandal grows, we now learn that he overrode commitments from Defence Ministers & from Prime Minister to end the use of bear fur hats in British Army. We will not let him get away with it @BWallaceMP @BorisJohnson @carrielbjohnson @PETAUK @ZacGoldsmith pic.twitter.com/Y8xsdX2kwZ

According to the Blackpool Gazette, Wallace has been challenging efforts to switch to a cruelty-free alternative since 2006, when a fellow MP first floated the idea.

The MoD has suggested that the caps are made from bears that die in state-sanctioned culls in Canada. But as PETA and Born Free have pointed out, this is somewhat misleading. Yes, the Canadian state sanctions bear killing. But it’s not generally by the state, it’s by trophy hunters.

The UK government claims to be committed to banning the import of trophies from hunting. And an army spokesperson insisted to the Gazette that:

Bears are never hunted to order for use by the MoD.

But whether the bears are ‘hunted to order’ or not, they are still hunted. And the fact that trophy hunters are able to make a tidy profit from selling the skins of the bears they kill can only incentivise more bloodshed.

Canada isn’t exempt from the ethical issues that surround black bear hunting in places like the US, such as the killing of mothers. As the Georgia Straight reported in 2015, it has also faced questions of the accuracy of its bear population figures, and the sustainability of its hunting quotas. In short, just because UK guards are wearing dead bears from Canada on their heads, it doesn’t make it ethical or sustainable.

With a free supply of alternative caps on offer, it doesn’t need to take any dead bears to celebrate the Queen’s Jubilee or ceremonially dress the army for other purposes.

The fact that this upcoming celebration will feature so many of them is nothing more than gruesome and unethical.