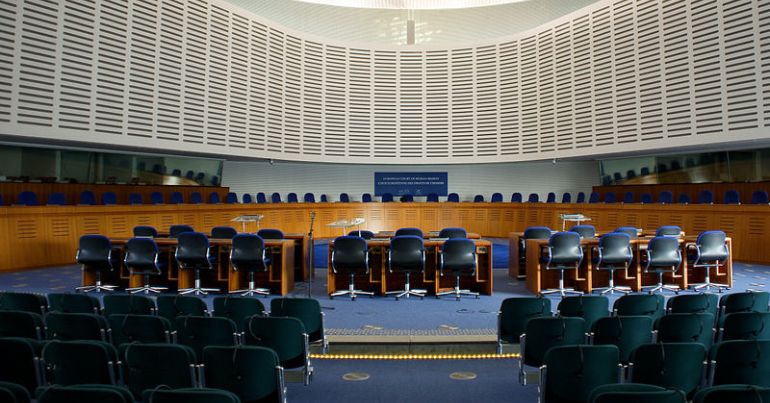 As reported by The Canary, on 17 June, home secretary Priti Patel gave her approval to a court ruling to extradite WikiLeaks founder Julian Assange to the US. He will face 17 counts of violating the Espionage Act and one of conspiracy to commit computer intrusion. Assange’s lawyers are planning to appeal Patel’s approval of extradition and cross-appeal on other grounds – including a breach of client-lawyer confidentiality. But the High Court will have to approve those appeal requests. A judicial review of Patel’s decision is also possible.

In addition, Assange may appeal to the European Court of Human Rights (ECHR). However, proposed UK legislation could make such an appeal problematic – and not just for Assange.

A British Bill of Rights (BBR) has been introduced by UK justice secretary and deputy prime minister Dominic Raab and is currently at the second reading stage. The bill is bypassing measures for pre-legislative scrutiny, which will allow it to “avoid demands from parliamentary committees”.

If enacted, the BBR will replace the 1998 Human Rights Act, which incorporated rights defined by the European Convention on Human Rights (the ‘Convention’).

The ECHR is the judicial wing of the Council of Europe, which the UK joined in 1949 with Winston Churchill as a prime mover. Raab has made it clear that the UK will not leave the ECHR. However, the BBR as written would allow UK courts to more easily override rulings by the ECHR. Indeed, the BBR makes “explicit that the UK Supreme Court is the ultimate judicial arbiter”. In a press release, it emphasises “that the case law of the European Court of Human Rights does not always need to be followed by UK courts”.

Alongside the BBR, a government memorandum specifically addresses future UK dealings with the ECHR. For example, it states there will be a change in approach as to the: “interpretation and application of Convention rights (clauses 3 – 8)”.

The memorandum also makes it clear that “the Supreme Court is the ultimate judicial authority on questions arising in domestic law in connection with the Convention rights”. And the bill adds that “the new clauses [in the bill] are intended to lead to a greater willingness by the domestic courts to decline to follow Strasbourg jurisprudence”.

The BBR further intends that human rights claimants will have to demonstrate they have “suffered a significant disadvantage” before permission is granted for their claim to be heard in court.

All in all, the clauses listed in the bill appear to weaken the role of the ECHR, while providing greater opportunities for parliament to intervene.

Law Society president I. Stephanie Boyce said that the proposed legislation “would make it harder for all of us to protect or enforce our rights”. She added:

Dismantling [the Human Rights Act] will have far-reaching consequences, conferring greater unfettered power not just on the government of today, but also on future ruling parties, whatever their ideology.

If the new Bill of Rights becomes law, it would make it harder for all of us to protect or enforce our rights. The proposed changes make the state less accountable. This undermines a crucial element of the rule of law, preventing people from challenging illegitimate uses of power.

Ignore the name of this new legislation. It is a rights removal bill, and it will leave us all the poorer.

Assange’s defence lawyer Jennifer Robinson said that he will cross-appeal in the UK courts on grounds of free speech, the inability to get a fair trial in the US, the political nature of the case, and the spying that took place on Assange and his legal team.

If necessary, she adds, he will also appeal to the ECHR:

Back in August 2020, Lawyers for Assange published an open letter that outlined the articles of the Convention and other bodies that the extradition of the WikiLeaks founder would arguably contravene.

For example, in regard to the breach of client-lawyer confidentiality, it stated:

Mr. Assange’s legal privilege, a right enshrined in Art. 8 European Convention on Human Rights (ECHR) and long recognised under English common law, was grossly violated through constant and criminal video and audio surveillance at the Ecuadorian embassy carried out by the Spanish security firm, UC Global. …

The surveillance resulted in all of Mr. Assange’s meetings and conversations being recorded, including those with his lawyers. The Council of Bar and Law Societies of Europe, which represents more than a million European lawyers, has expressed its concerns that these illegal recordings may be used – openly or secretly – in proceedings against Mr. Assange in the event of successful extradition to the US. The Council states that if the information merely became known to the prosecutors, this would present an irremediable breach of Mr. Assange’s fundamental rights to a fair trial under Art. 6 of the ECHR and due process under the US Constitution.

In February 2020, the Council of Europe’s commissioner for human rights issued a strongly-worded statement on the Assange case, concluding:

In view of both the press freedom implications and the serious concerns over the treatment Julian Assange would be subjected to in the United States, my assessment as Commissioner for Human Rights is that he should not be extradited.

But should an application to the ECHR be lodged after this act is passed, and the court rules in Assange’s favour, the BBR as currently worded, will enable UK courts to more easily ignore that ruling.

Rather than enhance our rights, the BBR will serve to diminish them. For example, UK courts will be better positioned to ignore ECHR rulings in relation to the offshore processing of refugees, which will no doubt please Johnson’s xenophobic constituency.

These are dangerous times