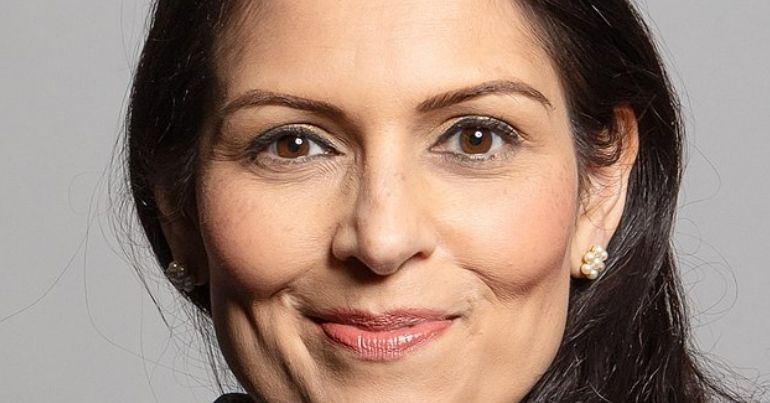 The National Security Bill, introduced by home secretary Priti Patel and formerly known as the Counter State Threats Bill, aims to update existing espionage laws. The bill has been several years in the making, and is currently going through the committee stage in Parliament. It’s based partly on recommendations in a 2020 Law Commission report titled ‘Protection of Official Data‘.

If enacted, the bill could see whistleblowers, journalists, and publishers jailed for life.

The clause also states that it’s not necessary to identify the foreign power that benefits for prosecution.

In other words, if a classified document is published by, say, a blogger on the internet for all to see, and that document – in part or whole – assists an unspecified foreign power, it is possible that they could be arrested for this offence. It’s unclear whether anyone who links to that document can also be prosecuted.

The bill further adds that such an offence applies “whether the person’s conduct takes place in the United Kingdom or elsewhere”. So should that blogger leak something that’s then published by, say, the New York Times, all parties involved could be subject to prosecution in the UK courts. That’s despite the enormous practical challenges involved.

There were warnings about the proposed legislation as far back as 2017.

If the proposed law had been in force in 2013, the Cabinet Office could have thrown [Guardian editor Alan] Rusbridger in prison simply for handling copies of documents Edward Snowden passed to his reporters.

Sentences would apply even if – like Edward Snowden or Chelsea Manning – the leaker was not British, or in Britain, or was intent on acting in the public interest.

Moreover, a July 2021 tweet from veteran BBC journalist John Simpson argued that the new legislation would reclassify journalists as spies:

Priti Patel’s Home Office wants to make it a crime for journalists to embarrass the govt by publishing leaked official documents. The maximum penalty would be 14 years in prison. This would put British journalists on a par with foreign spies.

There are several legal arguments that ought to be available to the defence in any prosecution resulting from the proposed legislation.

Firstly, there’s the doctrine of necessity. In 2017, as part of the bill’s consultation process, a House of Commons (HoC) briefing document was published on possible changes to the Official Secrets Acts.

The document referred to the Katharine Gun case, observing that:

the legal doctrine of necessity was a main aspect of the defence Katherine Gun’s lawyers would have offered, if the Crown Prosecution Service had not withdrawn the case against her.

The document explained that necessity is:

a common law doctrine, defined as pressure of circumstances compelling one to commit an illegal act.

And that it is:

available when a defendant committed an otherwise criminal act to avoid an imminent peril of danger to life or serious injury.

The HoC document also referred to a statement from the director of prosecutions, Ken McDonald. He made it clear that Gun could not be convicted because there was no way of disproving the defence of necessity.

Furthermore, Gun’s lawyer threatened to “use disclosure to put the legal basis of the war itself on trial”. Indeed, the day after the trial collapsed, the Guardian stated it had learned:

that a key plank of the defence presented to the prosecutors shortly before they decided to abandon the case was new evidence that the legality of the war had been questioned by the Foreign Office.
It is contained in a document seen by the Guardian. Sensitive passages are blacked out, but one passage says: “The defence believes that the advice given by the Foreign Office Legal Adviser expressed serious doubts about the legality (in international law) of committing British troops in the absence of a second [UN] resolution.”

Significantly, when Special Branch asked Gun why she leaked the memo, given that she worked for the British government, she famously replied:

Another legal argument is that of intent, whereby leaking or publishing a leak is shown to be for the general good.

However, the bill states:

A third legal argument is that of public interest, whereby the data leaked is shown to be of importance to the public, overriding all other considerations.

In an article in the Guardian, Campbell and author Duncan Campbell (two persons with the same name) further explained the importance of public interest in the context of the proposed changes in legislation. They argued that:

the new laws would, if passed, ensnare journalists and sources whose job is reporting “unauthorised disclosures” that are in the public interest.

Journalists and sources should not be convicted if it was in the public interest for the information disclosed to be known by recipients.

It remains to be seen if either the public interest defence, or that of intent, can be applied in practice to the proposed legislation.

The proposed legislation threatens life imprisonment for anyone disclosing UK state or government-held data that may be of benefit to an unspecified foreign power. Consequently, no news outlet would be able to re-publish newly published material, say by WikiLeaks, which is of global interest without fear of court action. The legislation would restrict what UK government or state leaks can be published by the media.

If enacted, the proposed legislation would clearly impinge on press freedom and create a climate of uncertainty as to what can or cannot be published.