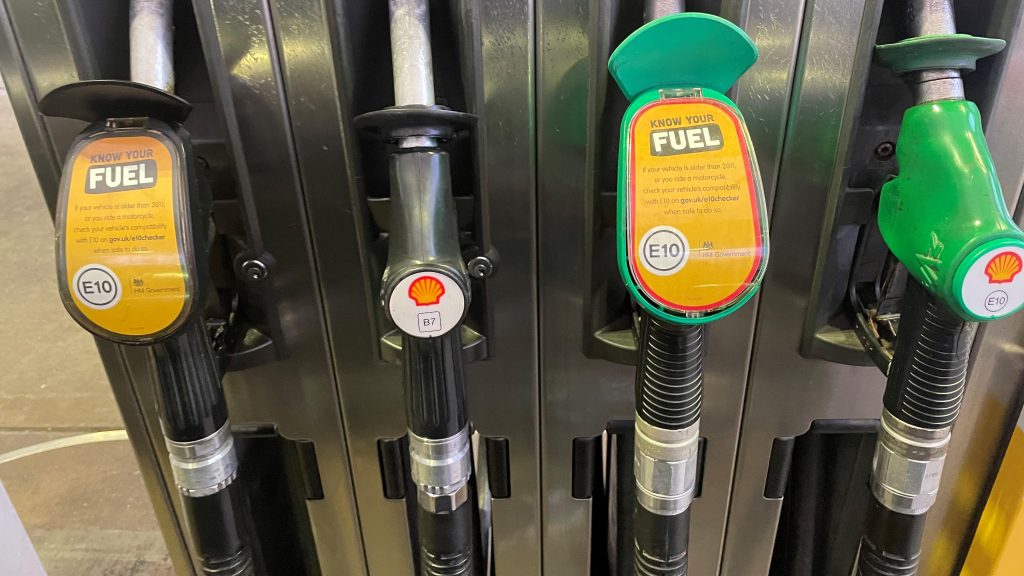 Pressure is building on the Government to cut fuel duty again after the average cost of filling a typical family car with petrol exceeded £100.

The AA declared “enough is enough” while the RAC said it was “a truly dark day” for drivers.

Figures from data firm Experian show the average price of a litre of petrol at UK forecourts reached a record 182.3p on Wednesday.

The average price of a litre of diesel on Wednesday was 188.1p.

He also called for a fuel price stabiliser to lower duty when pump prices rise, and increase it when prices drop.

Enough is enough. The Government must act urgently to reduce the record fuel prices which are crippling the lives of those on lower incomes, rural areas and businesses.

A fuel price stabiliser is a fair means for the Treasury to help regulate the pump price, but alongside this they need to bring in more fuel price transparency to stop the daily rip-offs at the pumps.

The £100 tank is not sustainable with the general cost-of-living crisis, so the underlying issues need to be addressed urgently.

It’s a truly dark day today for drivers with petrol now crossing the thoroughly depressing threshold of £100 a tank.

He claimed many motorists are hoping for further financial support as the 5p duty cut implemented in March “looks paltry” because wholesale petrol costs have increased by five times that amount since then.

A further duty cut or a temporary reduction in VAT would go a long way towards helping drivers, especially those on lower incomes who have no choice other than to drive.

We made a cut already… the biggest cut ever in fuel duty.

And we are watching very closely to see what happens

Downing Street indicated on Wednesday that fuel retailers failing to pass on the 5p duty cut could be named and shamed.

Many forecourts are already selling petrol and diesel above £2 per litre.

Price comparison website PetrolPrices said around 50 sites on UK motorways or major A roads are charging 202.9p per litre.

A further duty cut or a temporary reduction in VAT would go a long way towards helping drivers, especially those on lower incomes who have no choice other than to drive. #FuelPrice #RACFuelWatch