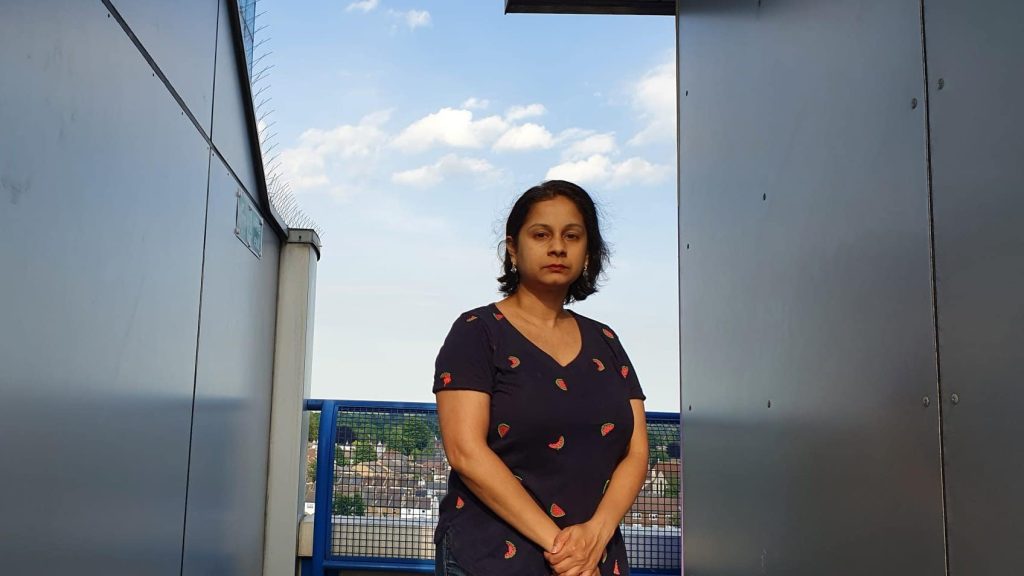 Residents of buildings that have “fallen through the cracks” in relation to funding for the removal of dangerous cladding have called on the Government to pay for all of their costs.

A Department for Levelling Up, Housing and Communities spokesperson said:

We are bringing forward the most far-reaching legal protections ever for leaseholders on building safety.

We have created new powers in the Building Safety Act that can force developers and building owners to compensate leaseholders for money already paid out for fire safety measures such as fire alarms.

The Act also overrides agreements that seek to get round the measures we have put in place to protect qualifying leaseholders from future cladding costs.

However, some people have already lost out.

Ritu Saha, a 47-year-old university administrator, purchased the leasehold of a one-and-a-half bedroom flat in the Northpoint development in Bromley at the end of 2015.

In November 2017 the residents of her building were told that Northpoint was covered in the same aluminium composite material (ACM) cladding as Grenfell Tower.

They were residents of one of the first buildings in the country to receive the news that they would need to remove the cladding.

And as a result of that, we basically became the people that fell through the cracks.

Due to the cladding, they were told by the London Fire Brigade (LFB) that they would need to put in a waking watch, hiring external fire wardens to patrol their building.

That is money that we have paid two external fire wardens.

However, paying for the watch quickly burnt through the building’s savings and, facing mounting costs in the hundreds of thousands, Ms Saha and other residents took it upon themselves to patrol the building 24/7.

We did patrols ourselves to keep the costs down. So for example, I worked full-time so I would come home at 6.30pm in the evening and from seven o’clock in the evening till midnight.

I would have to crawl the building myself. And I did this for months.

The LFB also told them to put in a new £120,000 fire alarm system, she said, which they finally had installed in June 2019 after fundraising for it.

However, because they installed the alarm before fire alarms funding was announced they have so far been unable to claim the cost back from the Waking Watch Relief Fund.

She said that as well as the money, they had also paid a toll in their mental and physical health:

The years of our lives that the two or three people in our building who volunteered as fire wardens have lost doing this, and the strain on our mental and physical health as a result, is not something that can be measured in money terms – but that is also something that we will never get back.

In total, Ms Saha calculates that she has lost out on “a minimum of £15,000” in unremunerated costs as a result of the cladding scandal.

She called on the Government to use the money it will receive from developers involved in the cladding scandal to refund all of the costs incurred by the residents of buildings impacted by it.

Nathan Prescott, a 45-year-old aviation industry worker from Liverpool, has also faced thousands in unrecovered costs due to the cladding on his building.

He lives in the Skyline Central 1 building in Manchester, which was covered in high pressure laminate (HPL) cladding, a type unrelated to the cladding used in Grenfell but which is also covered by the Building Safety Fund.

The 18-storey building has 121 apartments in total.

However, because the residents agreed to begin the removal of the cladding before the fund was announced, they have been denied access to it.

They also paid for a waking watch for three years, at a cost of approximately £2,000 per year per apartment.

Prescott said their costs were further increased when they fell at the first hurdle of bringing a judicial review case against the Government over its decision to disallow the residents from applying to the fund.

Prescott added that the Government could pay for it with a windfall tax on the profits made by companies involved in the removal of cladding or that have benefited from the cladding scandal.

I’d like to see the Government maybe put a windfall tax on those people, so that the money can be diverted towards the lease holders, such as myself and all the other people who’ve been stung with these horrible, horrible amounts of debt.