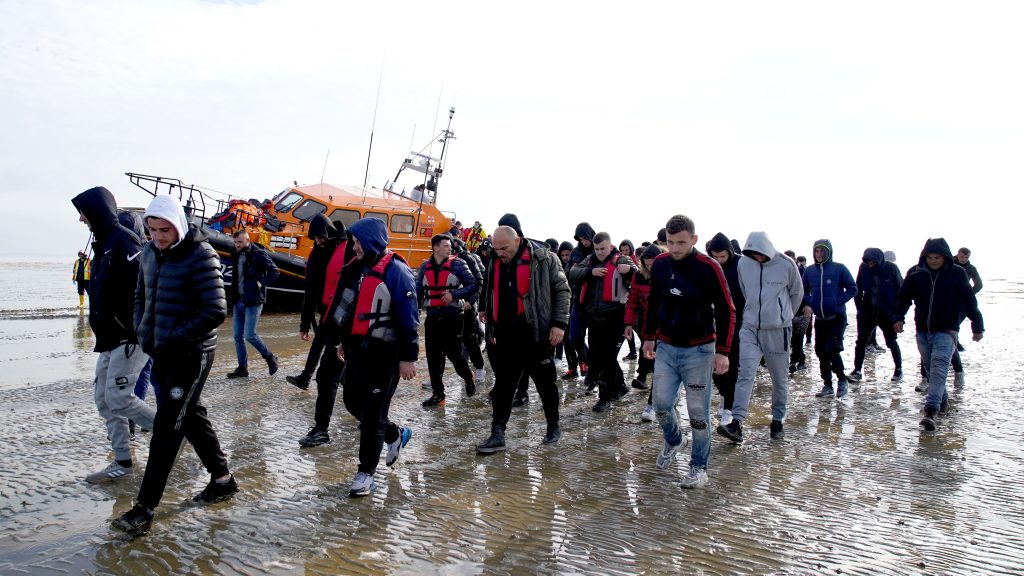 Several Afghans are among more than 100 migrants due to be sent to Rwanda on the first flight next week, according to campaigners seeking legal action against the policy.

Nine people who fled to the UK after the Taliban takeover have been notified by the Home Office that they could be removed to the East African nation on Tuesday, Care4Calais – one of a number of organisations taking the Government to court over the plan – said.

The group said it is also aware of around 35 Sudanese, 18 Syrians, 14 Iranians, 11 Egyptians as well as Iraqi, Pakistani, Albanian, Algerian, Chadian, Eritrean, Turkish and Vietnamese people who have been told they could be put on the inaugural flight.

The Home Office has refused to confirm the nationalities of those on board but only Rwandans are exempt from the policy, suggesting that those fleeing conflict – such as in Afghanistan and Ukraine – could be considered for removal if they are deemed to have arrived in the UK illegally under new immigration rules.

The logic to this plan is flawed in many ways. Just one example is that Afghans escaping from the Taliban under our settlement scheme are protected whereas those arriving in other ways will be sent to Rwanda.

Figures published by the department last month showed people fleeing Afghanistan made up almost a quarter of the migrants crossing the Channel in the first three months of the year.

This was the most out of any nationality recorded, followed by 16% who were Iranian and 15% Iraqi – which both typically outrank Afghans in the numbers.

The rise prompted concerns from campaigners that the Government’s resettlement scheme designed to help Afghans seek sanctuary in the UK in the wake of the Taliban takeover is failing and raised questions over whether Afghans could face being sent to Rwanda.

Anyone who the department considers has taken a dangerous, unnecessary or illegal journey to the UK would meet the criteria for removal to Rwanda, apart from lone migrant children who are exempt.

While officials are likely to focus on removing single adults in the initial phases of the scheme, there is the prospect families with children could be considered for removal under the policy.

The charity has joined the Public and Commercial Services Union (PCS) and Detention Action in seeking a judicial review of the policy – which they have described as “unlawful” – in the High Court, with a hearing due on Friday.

Lawyers for almost 100 migrants have already submitted legal challenges asking to stay in the UK, the charity said, with the remaining 31 lined up for the flight anticipated to follow suit this week.

The wave of legal action has cast doubt on whether the flight will be able to go ahead as planned.

We remain confident in our position, should the legal challenges require us going to the courts we will argue our case. It’s true to say the first flight is due for next week so we have that ready to go.

So far this year 10,020 migrants have crossed the Channel to the UK, analysis of Government figures by the PA news agency shows.

No crossings were recorded on Wednesday, according to the Ministry of Defence (MoD).

Actress Dame Emma Thompson, who has an adopted son from Rwanda, has described the scheme as “eye-wateringly mad and callous” in an interview with Sky News’ Beth Rigby, adding that the Government’s approach “does not represent the soul of this country”.

Former minister Jesse Norman, who withdrew his longstanding support of Boris Johnson ahead of the confidence vote earlier this week, branded the policy:

ugly, likely to be counterproductive and doubtful of legality.

Meanwhile a Twitter account entitled “Our Home Office”, purporting to be run by staff in the department, has been set up expressing its support for refugees amid reports that some civil servants have opposed the plan.

But it is understood senior Home Office officials are not aware of any staff who have refused to work on the policy.