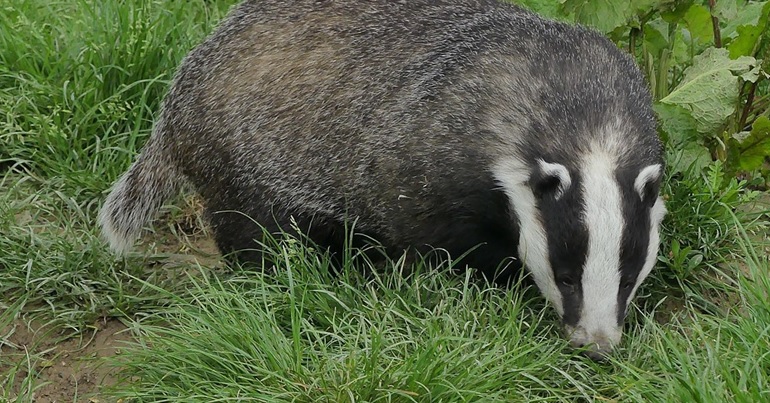 The Conservative government’s mass killing of badgers will be the subject of an upcoming hearing in the Court of Appeal. The court is due to review a 2021 High Court verdict on whether officials have breached their own laws with the policy.

The hearing follows a recent call for a moratorium and independent investigation into the cull from numerous veterinary professionals.

Since 2013, the government has licensed the killing of over 175,000 badgers in England. It’s expected that tens of thousands more will die this year. The Department for Environment, Food and Rural Affairs (Defra) insists the killing is necessary to tackle bovine tuberculosis (bTB) in cows, along with other measures. But the most comprehensive study of the cull to date found that it hasn’t meaningfully assisted in lowering bTB rates. Rather, it indicated that the other measures, such as increased testing of cows and controls on their movement, are driving gradual declines in bTB.

Defra has challenged the study’s findings, insisting that badger killing is responsible for the bTB falls. It later admitted to using “incorrect calculations” in its rebuttal, which the study’s authors assert proves their findings. Defra insists its “overall argument” stands.

Conservation ecologist Tom Langton is a co-author of the study. He has also been engaged in legal action against the government over its plans for changes to the cull moving forward. These changes are outlined in the government’s Next Steps strategy, which it revealed in 2020.

In effect, the plan is to continue widespread badger killing until 2026. At that point, the government will introduce a targeted cull policy with no end date. Langton says this represents an “expansion of the policy”, whereby “100% of badgers” could be targeted in smaller designated cull areas.

Not the season for concern

The ecologist believes the government is breaching its duties under the 2006 Natural Environment and Rural Communities (NERC) Act with the strategy. The act commits the government to “have regard… to the purpose of conserving biodiversity” when “exercising its functions”.

Alongside being an existential issue for badgers in particular, the cull has wider implications for biodiversity. That’s because living beings don’t exist in a vacuum. The removal of badgers can, for example, provide space for other predators to move into an area. This, in turn, can affect the ground-nesting birds or hedgehogs in that vicinity. As such, one of Langton’s co-authors on the study, veterinarian and Prion Group director Iain McGill, previously explained to The Canary that killing badgers is:

a very stupid thing to do if you’re trying to conserve biodiversity. It’s just a crass hooliganism. It’s environmental hooliganism.

Langton’s case against the government effectively puts that apparent hooliganism on trial.

The High Court previously issued a judgment in the case in August 2021. The ruling favoured the government even though it found that officials didn’t have regard for biodiversity. Justice Griffiths essentially concluded that the government didn’t need to consider biodiversity in the Next Steps strategy because there was no new evidence to examine at the time. He noted:

Biodiversity had been considered at multiple points before Next Steps, and the evidence was inconclusive.

Moreover, he argued that even if it had considered biodiversity, the resulting policy would probably be the same, again because of the lack of new evidence.

A test of the government’s mettle

Existing evidence, however, shows that the only thing the government knows for sure about the ecological impact of the cull is that it doesn’t know enough. As Justice Griffiths highlighted, it was “inconclusive”. Prior studies and examinations such as the 2018 Godfray Review have called for further study of the impact of removing badgers due to their key role in ecosystems.

So Langton is challenging the verdict in the Court of Appeal on 26 July. The ecologist spoke to The Canary ahead of the hearing. He argued that the case is about more than the massive loss of life badgers have suffered, the wastage of public money, and the deception of farmers. He said it concerns how officials “treat their duty” to prioritise the recovery of “our badly damaged environment” in an “open, coherent and comprehensive way”.

If the [government] can treat the biodiversity duty, that underpins human survival, in this casual way, then the new Environment Act (2021) will equally have no teeth.

Langton, McGill, and fellow study author Mark Jones, who’s Born Free’s head of policy and a veterinarian, joined with a number of others on 20 July to send an open letter to the government. The bulk of its signatories are veterinary and wildlife professionals.

The letter cited the study’s findings and raised other issues with the cull, such as the cruel method of execution. It also noted that the government doesn’t test slaughtered badgers to determine if they have bTB, which is effectively why officials say they are targeting the badgers. The letter concluded:

As we enter the 10th consecutive year of licenced badger culling without any conclusive evidence for its efficacy in controlling disease and unresolved humaneness concerns, we urge you to place an immediate moratorium on any further culling licences, pending a thorough independent and transparent review of the policy.

More at stake than bTB

Responding to the letter, a Defra spokesperson criticised the study, asserting that “national statistics are showing that our bovine TB eradication strategy is working”. They continued:

As a result of the progress made, we are now able to move on to the next phase of the long-term eradication strategy, including setting out steps to expand badger vaccination alongside improved cattle testing and a potential cattle vaccine. We have always been clear we don’t want to continue the current badger cull longer than absolutely necessary.

This strategy involves more mass badger killing in the short-term and forever killing in the long-term. And it’ll have currently unknown implications for biodiversity and the health of ecosystems, which “underpins human survival”, as Langton pointed out.

In short, there’s lots more to consider than the eradication of bTB in cows. The government’s apparent failure to recognise that, and to heed its related duties, is alarming to say the least.