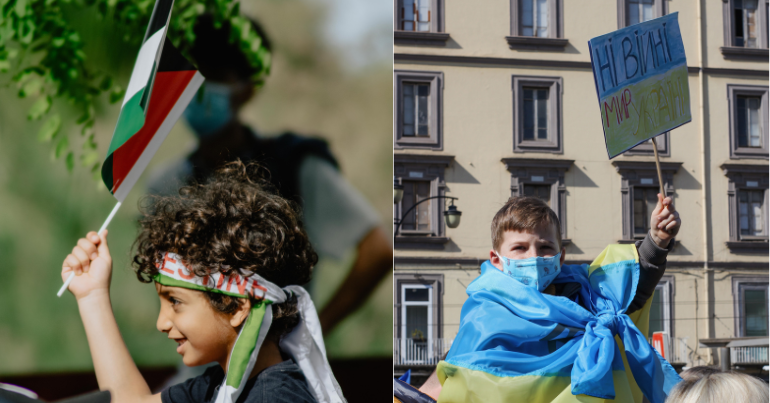 The fallout from the Forde Report is still rumbling on, but there aren’t many outlets that have bothered to cover its findings. Indeed, sociologist Tom Mills put together some figures on how little traction the report has gained in the mainstream media:

Struck by the disinterest in the Forde report among establishment journalists given its findings, so ran some searches and made a chart. pic.twitter.com/QsAQiyndqk

Middle East Eye said of the conclusions of the report:

Damning report says antisemitism was treated as a ‘factional weapon’ by both supporters and opponents of Jeremy Corbyn in senior party positions.

However, the Labour Muslim Network also found that the report points to “institutional Islamophobia within the Labour party”.

All of this comes just as a new survey from advocacy organisation CAGE looks at yet another facet of Islamophobia. We’ll get to that in a moment, but first it’s worth looking to the people of colour who’ve had to take the lead, once again, on calling out Islamophobia.

Kick in the teeth

As a Black Labour MP, the response from this Party's Leadership to the Forde report feels like a kick in the teeth.

The report concluded that the Party has failed to tackle anti-Black racism and Islamophobia.

The leadership of this party needs to respond to that now.

We want to build a society based on equality, liberation and justice.

We cannot do that if we neglect and deprioritise tackling racism within our party.

These findings should cause our party's leadership to reflect and be a turning point in how these issues are handled.

The Forde report was clear about the shocking anti-Black racism and Islamophobia that exists within Labour, and at senior level. It's dismal that this has generated so little attention, conveying that racism in politics is only treated as a problem when it's politically useful

Media Diversified‘s Samantha Asumadu organised a Twitter space to discuss the findings of the Forde report, and called for more people to listen:

I truly hope that anyone who is in a political party, organisers, trade unionists listens to this discussion. Anti-black racism & Islamophobia is rife in politics & society. We have had enough & will use any means necessary including votes to show you that https://t.co/Hfmb9VbPZc

The Canary’s own Afroze Zaidi was a speaker at this event, and shared her thoughts:

.@afrozefz on Starmer's reaction to the #fordereport has been to dismiss it by saying it is not an issue now, it was 2 years ago. Yet he has not once offered any public support for @zarahsultana who has had death threats and he's expelled left wing Muslim members

Clearly, there is a strong feeling that Labour has not addressed its Islamophobia and racism problems in any meaningful way.

Islamophobia is rampant and rife throughout Britain, not just in the Labour party. A new survey from CAGE shows just how bad things have become. The survey recieved 532 responses from parents, students, and teachers. They asked how involved schools were with support for people in Ukraine.

The survey found that:

Shockingly, CAGE found that in some cases “schools were also raising funds for military gear”.

In its analysis, CAGE stated:

The figures lie in stark comparison to the treatment of Palestine last year, where our cases – as well as those of other advocacy organisations and countless anecdotes – indicated that pupils (and staff) were treated punitively for attempting to express solidarity.

Last year, textbooks on Palestine and Israel were pulled from schools by the government. In February of this year, the Department for Education (DfE) told schools to present a “balanced” view of what it called the Israel-Palestine “conflict.” There have been multiple instances where children have been punished for wearing Palestinian flags or excluded for showing support for Palestine, with teachers also enforcing objections to mentions of Palestine.

As Al-Araby reported, the DfE also said this about Black Lives Matter (BLM):

It says those teaching about particular activist groups such as certain organisations linked with the “Black Lives Matter movement… should be aware that this may cover partisan political views” – those which are outside the “basic shared principle that racism is unacceptable”.

What’s the pattern here, then?

The head of research at CAGE, Azfar Shafi, said:

Despite the sharp differences, the research uncovered some notable convergences in the way that the government approached the questions of Palestine and Ukraine in school. Whether under the banner of countering ‘extremism’, preventing ‘antisemitism’ or tackling ‘disinformation’, there has been a concerted effort to stage-manage the terms of political discussion in school, including through the use of security thinktanks, to firmly align with British foreign policy interests.

The response to the Forde report from mainstream media – or rather, the lack of a response – shows that neither institutions like the Labour party nor politics at large are interested in meaningfully tacking anti-Semitism, Islamophobia, or anti-Blackness. CAGE’s report is invaluable in showing that children are used as political tools. If it’s okay for children to support Ukraine, why isn’t it okay for children to support Palestine or BLM?

Children are being weaponised in this culture war, which is being waged across the political spectrum. With all of this, whether it’s the lack of response to the Forde report, or how children in schools are treated, one thing is clear – this is white supremacy in action.